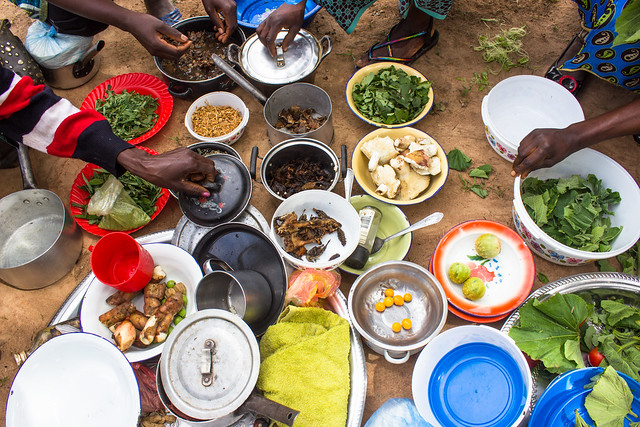 According to the Council on Foreign Relations, about 135 million people experienced severe food insecurity before the COVID-19 pandemic. The pandemic has worsened this crisis with less access to quality food and prices skyrocketing. COVID-19 has already destroyed decades-worth of work made toward reducing global hunger. There are already predictions that millions of children will suffer more from malnutrition, obesity and stunting. Global hunger is an impediment to international development, increasing tensions within developing countries.

How Food Insecurity Worsened During COVID-19

The U.N.’s World Food Programme (WFP) states that millions of citizens across 43 developing countries face an “emergency phase of food insecurity in 2021.” The majority of those experiencing food insecurity in those countries are either refugees or anyone forced to migrate.

The Center for Strategic and International Studies reported that 272 million people are food insecure one year into the pandemic. Many believe that higher food insecurity rates worldwide occurred due to the shortages from panic buying and stockpiling. However, the U.N. Food and Agricultural Organization (FAO) determined that agricultural production reached its highest level. In 2020, the world produced 2.7 billion tons of the most commonly grown crops. The reality is that disruptions within the supply chain are the root cause of this worsening issue.

Actions of the World Bank

As part of its efforts to mitigate food insecurity during COVID-19, the World Bank increased funding for more effective agricultural systems in Guatemala to reduce disruptions in the supply chain. Its assistance also aimed to help alleviate the food insecurity caused by economic challenges and droughts. The World Bank helped Liberia by incorporating a Contingency Emergency Response Component that allows the government to respond to the needs of those at a higher risk of food insecurity. The component also helps increase crop production and helps normalize the supply chain there.

How to Overcome Economic Challenges

The pandemic also worsened the economic situation in developing countries. People received fewer remittances preventing them from accessing essential goods. Latin America has been most impacted by reduced remittances. However, food prices in other regions facing conflict became higher than many people’s daily salaries, making the situation difficult to overcome.

Haiti is a country with the highest food insecurity rates and faced severe impacts from the reduced remittances. The pandemic and reduced remittances hurt farmers the most. The World Bank assisted by providing programs with enough funding for farmers to produce enough crops for a two-year time frame. The programs will also help farmers incorporate safety precautions into their practices during the pandemic.

Other Efforts to Mitigate Food Insecurity

The World Bank’s other efforts to mitigate food insecurity included issuing a transfer of funds to families with food insecure infants and toddlers in Tajikistan to alleviate malnutrition. It sent food for 437,000 citizens in Chad facing food insecurity. The organization also provided additional funding that went toward addressing the concerns that the pandemic caused in Rwanda.

The World Bank also provided more certified seeds to local communities in Afghanistan and helped farmers produce more yields than before. The U.S. sent $87.8 million to help provide more equipment for dairy and poultry farmers in Bangladesh. The World Bank’s programs in India resulted in further women’s empowerment with the establishment of women’s self-help groups that work with hygiene, food administration and storage. As of 2021, there are 62 million women that participate in these groups.

The World Bank’s efforts to mitigate food insecurity in developing countries are effective so far. These international programs brought more farmers out of poverty and further combat global hunger. Many of these countries made commendable progress with this support, which is a significant step toward future development.

Despite its Flaws, Norway is the Fairest CountryExamining the Gender Wage Gap in Germany
Scroll to top