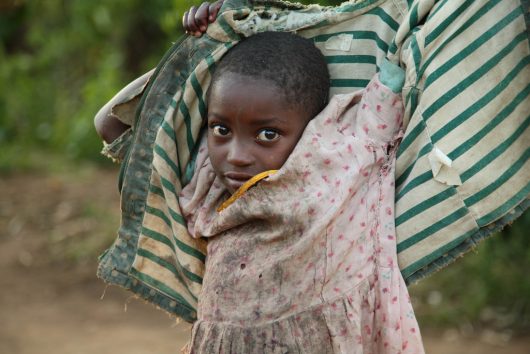 Although the Southern African country of Malawi is small, its arable topography and high population have contributed to its economic growth. With a population of more than 19 million, Malawi has a GDP of about $6.3 billion and has had a steady growth of at least 2 percent annually. Despite this economic growth, poverty and hunger remain serious issues in the country. These issues have indirect links to credit access in Malawi, and through improved credit in the country, Malawians could experience a decrease in overall poverty.

Credit access in Malawi, like in other sub-Saharan countries, is particularly limited in rural areas. These rural areas are typically those most in need of access to formal loans for business and agricultural endeavors. Only 11.7 percent of rural Malawians took out loans in the last year, and only 40.3 percent of those were acquired formally through banks. Credit supply in Malawi also requires collateral and comes with high-interest rates and specific conditions for borrowers. These conditions make it extremely difficult for Malawians to qualify for credit. In fact, The World Bank ranks Malawi a low 109 out of 129 countries because accessing credit for small business is so difficult.

Lack of credit access in Malawi has an indirect correlation to nutrition and economic development in rural areas. According to studies conducted by the International Food Policy Research Institute, households with more livestock and land have fewer opportunities to access formal credit. Credit access is also affected by the crops grown by Malawians. Tobacco is often grown by farmers to offset credit costs and make more money than maize farmers, but they are more nutritionally deficient than their counterparts. Some farmers can gain access to small amounts of credit depending on their crop’s nutritional or agricultural profit.

Several organizations are currently attempting to better credit access in Malawi in order to decrease poverty and hunger issues throughout the country. The World Food Programme (WFP) buys food directly from small, rural farmers in Malawi through a system called The Warehouse Receipt System. This market facilitation is managed by WFP and offers farmers receipts for crops that have been cleaned and graded to use as collateral for formal bank loans. These economic opportunities for small farmers have led to increased loan access and have also promoted a structured market demand in the country. For women in particular, who constitute 42 percent farmers in the program, the gender gap in the agricultural industry is slowly being closed.

Financial organizations, like the Malawi Union of Saving and Credit Cooperatives (MUSCCO), also operate in the country to improve credit access. MUSCCO’s goal is to organize and develop Saving and Credit Cooperative Organizations (SACCOs) in Malawi in order to mobilize capital and meet the developmental needs of Malawians. These SACCOs, in turn, work with stakeholders and banks in order to further economic development in the country and create diversified financial opportunities.

Limited credit access in Malawi, much like other developing countries, constricts the country’s economy and range of financial operations. Malawian farmers are particularly limited in their access to formal loans that would instigate economic growth. With the assistance of organizations like The World Food Program and SACCOs, not only would credit access in Malawi improve for farmers but it would also help to decrease poverty and improve economic development.