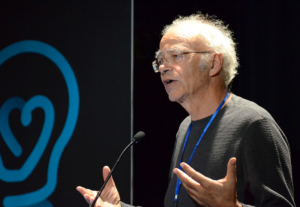 The Basics of Effective Altruism

Dominic Cummings, an influential advisor of the U.K.’s Prime Minister, is a proponent of the effective altruism movement. The concept of guiding the campaign promotes the use of reasoning and resources to maximize the good and apply it to the world to make it a better place.

The principles of effective altruism are scale, solvability, neglectedness and long-termism. Scale pertains to the range of effect and potential for positive impact. Therefore, if applied, U.K. aid and international development can render significant change through the multilateral system. This can lead other powerful actors to make their governments’ spending cost-effective. Solvability refers to the probability of growth regarding the relationship between the number of resources and eradicating epidemics. Neglectedness relates to the specific significance and size of under-resourced issues. Meanwhile, long-termism undoubtedly regards the long-run effects of projects’ decisions. They could either increase or decrease the expected value.

In the past, the U.K. considered the benefits and costs of projects’ impacts on the poorest and most conflict-affected regions. Its significant influence is in the multilateral system due to its contribution to official development assistance. It embodies effective altruism through pushing for greater cost-effectiveness and evidence to create a more significant impact on the development system. Department for International Development (DFID) projects, for example, tend to be high-risk and high-return.

How UK Aid Can Go Further

The UK currently funds thousands of projects. However, effective altruism principles suggest that the government merely focuses solely on the most significant projects to prioritize optimal allocation. The government must also consider relatively neglected countries while focusing on critical partnerships. Furthermore, as the U.K. works to fulfill its high-risk, high-return pledge, it should also increase research aid productivity to maximize the impact of support.

The Center for Global Development displays that adding additional objectives onto focused single-objective programs weakens the project, becoming more ineffective. Additionally, due to the U.K.’s significant influence in the multilateral system, DFID needs to hold funds accountable. This can occur by measuring its agencies’ achievements first and by multilateral spending. This is preferred over spending aid via large organizations.

Due to the focus on systemic change, the U.K. can adhere to effective altruism values through investments in energy infrastructure, transportation infrastructure and market integration. Effective altruism principles also suggest that foreign aid can benefit national interests and the economy. Investing more in a global system for different funds for assistance and research helps the U.K. and other countries in its more notable impact.

The U.K.’s foreign aid programs are changing due to the recent formation of the Foreign, Commonwealth and Development Office. By applying the principles of the effective altruism movement, the U.K. can ensure that aid reaches the poorest and most affected countries. Government aid programs can create institutional change by depending on the evidence that displays where and how they should give support and through which agencies.