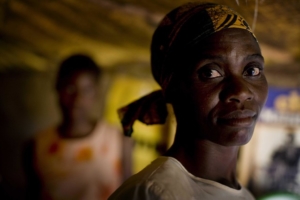 Zimbabwe gained independence from Britain in 1980 and immediately began an educational transformation that resulted in unprecedented coverage for the nation’s young minds.

A residual disenfranchisement of black students remained after nearly a century of colonial rule defined by “white supremacy, racial segregation, institutionalized violence and oppression” of the African majority. A redistribution of social inequality (as manifested in a corrupt education system) was of paramount importance in the first decade of independence.

System at a Glance

Exposure to education in Zimbabwe begins at age 6 in grade one of primary school. By grade three, reading and writing in English accompanies coursework in the mother tongue. Primary education continues through grade seven, when completion is marked with examinations in mathematics, English, science and social studies.

Secondary education is comprised of four “forms,” numbered I through IV. Forms I and II, equivalent to grades eight and nine, develop more involved skills in mathematics, English, history and other practical subjects. Marks earned in Forms I and II determine placement for Forms III and IV (grades 10 and 11,) advanced study years that culminate in subject-specific tests, gatekeepers for university acceptance.

Post-secondary education may be completed at one of Zimbabwe’s seven public universities or four religiously-affiliate universities. Alternatively, the pursuit of a university degree abroad is a viable option for some.

The face of education in Zimbabwe changed dramatically between 1980 and 1990. Primary schools and secondary schools sprouted up across the nation, increasing in numbers by 42.5 percent and an unfathomable 662 percent, respectively, during that time. On an aggregate level, student enrollment rose by over 200 percent.
Naturally, the demand for teachers rose with the increasing numbers of young minds. By 1990, 15 teaching colleges (10 for primary school teachers and five for secondary school teachers) were established. The Zimbabwe Integrated Teacher Education Course employed innovative approaches to teacher training, which in turn resulted in an overall improvement in the quality of education in Zimbabwe.

Zimbabwe’s literacy rate, approximately 90.9 percent for youth and 83.6 percent for adults, is highest in sub-Saharan Africa. The nation also sends the fifth-largest number of students to the United States for continued study.

Unfortunately, the apartheid era’s widespread inequality resulted in disparities in education quality. “Group A” schools (formerly white) have access to greater resources and better teachers than their “Group B” counterparts, which are typically government-sponsored. Lack of funding, poorer outcomes and lower pay result in perpetual staff shortages and turnover in B-level schools.

Education access in rural and urban areas is similarly unequal. For the approximately 60 percent of Zimbabweans in rural areas, government-funded schools are the only alternative. Higher-fee private schools are out of reach for agricultural families whose livelihoods allow no room for educational spending.

A post-colonial Zimbabwe embraced education as a human right, a premise that is worthy of emulation by developing nations. That said, education in Zimbabwe has room for growth in terms of quality and equity.