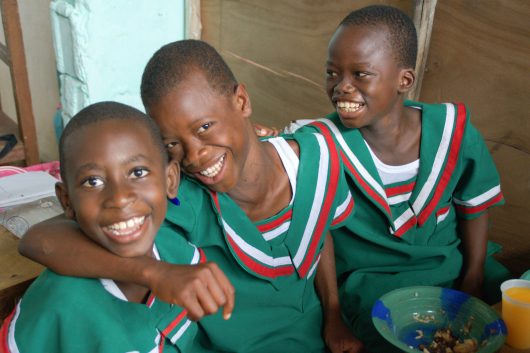 New efforts on education reform are being implemented by the Liberian government through the recently developed Partnership Schools for Liberia.

Across Africa, bolstering public education infrastructure can be one of the best ways for governments to fight poverty in their own countries. UNESCO’s recent Education for All Global Monitoring Report cited that income jumps 10 percent for every grade finished and a country’s Gross Domestic Product benefits 0.37 percent.

As a global deficit of 69 million children out of primary school continues to grow in low-income countries, poverty threatens the societies in these nations.

Helping children to obtain basic reading skills has the potential to lift 171 million people out of poverty, almost double the primary school deficit. These results show the multiplying effect that education can have on income levels.

These statistics are relatively high compared to education levels around the time of the Liberian civil war. Before the Ebola outbreak greatly affected the country, the Liberian Department of Education had enlisted the help of USAID to rebuild the school systems and replenish the trained workforce.

The aid organization cites that their “education programs focus on improving the quality of teaching and learning (especially in early grade reading and math) and increasing equitable access to safe learning opportunities for girls, as well as for youth who missed out on education due to the prolonged civil conflict.”

The relief efforts led to the passing of the Education Reform Act in 2011. The programs within the act looked to strengthen the degraded Liberian school system and provide the new framework more centralization with a way to gauge efficiency.

The project will take developing ideas from developed countries around the world and local African nations like South Africa and Kenya in order to design a system that, Werner says, can “adapt to our unique context.” Schools will be set up in conjunction with social organizations like NGOs, but funded by the public sector.

Initially, 120 schools will be opened in late 2016 so that methods and models can be tested before the program is implemented on a large scale. Werner hopes to “generate evidence before we scale further” so that funds are spent efficiently and results are guaranteed when expansion to the entire country is considered.

The Partnership Schools for the Liberia program looks to put the Liberian government in place to reduce the number of children out of primary school. With this tool at Minister of Education George Werner’s fingertips, he hopes to get one step closer to his mission “to provide every child, regardless of family background or income, access to high-quality education.”