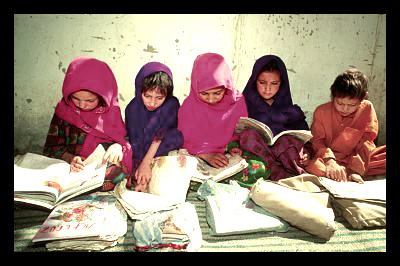 Poverty in Pakistan has allowed the Taliban to flourish.  By promising food security, shelter, protection, and education, the Taliban has been able to gain support in this region. But the Taliban’s presence has had a detrimental effect on Pakistani schools, a strategy that has kept the region impoverished and under Taliban control.  “Education is a prerequisite for development,” said Shakil Ahmad, author of “The Taliban and Girl’s Education in Pakistan and Afghanistan.”

Education is also the key to releasing Pakistan from the grips of the Taliban. When a population does not understand basic politics or economics, it is easy to manipulate them. As a result, most Pakistani schools have either been bombed or taken over by Taliban members, who turn the schools into recruitment programs, where students are taught extremism and trained for terrorism.

For women, the Taliban’s crusade against education is especially damaging. Taliban rule means a strict interpretation of Islamic and Pashtun customary law, which states that women are not allowed to work outside the home, go unveiled, or leave the house without a male family member.  Religious police roam the streets, handing out harsh punishments for anyone in violation of Pashtun.  All girls’ schools were outlawed in January 2009, and  the Taliban threatened that anyone caught educating a girl or any girl receiving an education would be blown up or attacked with acid.

By now, most of the world knows of Malala Yousafazi, the teenage girl who was shot in the head by the Taliban while on her way to school.  This was not a random incident; she was targeted for speaking out in favor of girls’ education.  Today she has fully recovered, and now leads the Malala Fund, an organization to improve education for girls in the developing world.  The mission is a simple one with seemingly insurmountable challenges—educate girls where education is outlawed.  However, Malala believes in taking small steps: her mantra is “One child, one teacher, one book, one pen can change the world.”