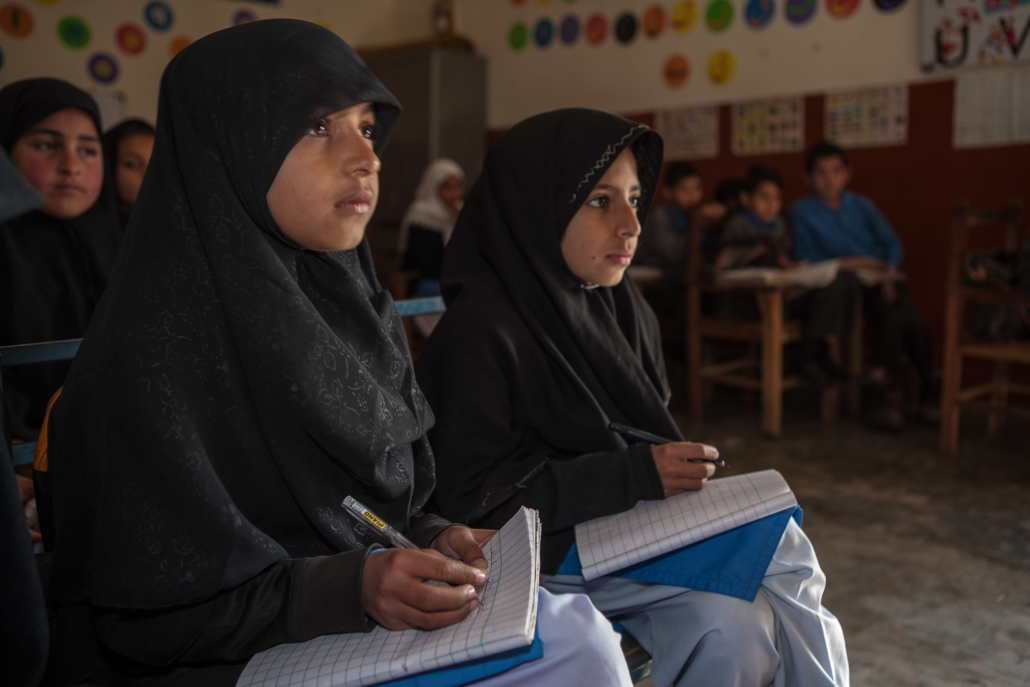 Pakistan, a Muslim-majority country and home to over 221 million people, is trying to get girls the education they deserve. Education inequality in Pakistan exists primarily because of a lack of funding from the government, unsafe transportation, early marriage and poverty. Families living in poverty in Pakistan frequently choose between sending their children to school, hoping they get there safely, or buying household necessities. According to a 2018 Human Rights Watch article, “32% of primary school age girls are out of school in Pakistan, compared with 21% of boys.”

The Current Situation in Pakistan

Today, the youth population in Pakistan is larger than it has ever been. With 64% of individuals now under the age of 30, this new generation may be able to change Pakistan’s economy and education system, according to World Education News and Review. However, how can girls make a societal change when only 39% out of that age group, 2% of whom are female, have employment?

Women in Pakistan often do household chores such as cooking and taking care of the children while men in Pakistani culture are the breadwinners. Many in Pakistan see them as worthy of a proper education because they need those skills to create a prosperous life for their family. This adds to the gender and education inequality that exists in the patriarchal society of Pakistan.

For the girls who have the opportunity to go to school, they often face obstacles such as rape and discrimination. The gender-based violence present in Pakistan often occurs through child marriage, domestic abuse and maternal mortality rates. Many girls marry before they turn 18, and according to a 2018 article by TheirWorld, “In 2012 and 2013, 53.7% of married girls between 15 and 19 had never been to school.”

USAID aims to help girls in developing areas gain access to education, diminish the gender gap and keep girls in school when they are at high risk of dropping out. According to the Pakistan Alliance for Girls Education, 22.7% of children drop out of primary school. In an attempt to change those statistics, USAID has constructed and repaired 1,607 schools and awarded scholarships to 19,000 students in Pakistan in the past decade.

Education in Pakistan is often poor. School budgets are frequently low, infrastructure is improper and teachers are illegitimate. Change must begin on the inside, starting with the intentions of the Pakistani government.

In past years, Pakistan has fallen short when it comes to financing education. In 2000, Pakistan spent 1.8% of its gross domestic product on education. In 2017, Pakistan spent only 2.9% on education. According to the Pakistan Alliance for Girls Education, “The government has allocated Rs. 83.3 billion for Education Affairs and Services in the federal budget for 2020-21.” While there are plans in place to help Pakistan’s economy and promote education, some organizations are working on a more personal level.

Save the Children is an organization that strives to create a better future for children by providing aid to healthcare, education and disaster relief. In Pakistan, the organization’s goal is to raise awareness about girls rights, work towards gender equality and help improve the country’s education system.

“We want to help every child, each one is important but we know girls need more help breaking down those barriers,” said Save the Children’s Vice President of Public Policy and Advocating, Nora O’Connell, in an interview with The Borgen Project. Save the Children’s Choices, Voices, and Promises program aims to educate children about gender and social norms to move towards equality. The program intends to teach boys about the obstacles that their sisters and friends in order to create a supportive, less divided community. “In some cases we see boys helping their sisters with their chores so they have more time to focus on their school work,” said O’Connell.

Save the Children also has programs about sexual and reproductive health, teachers as role models and a mentor program. According to O’Connell, the mentor program is a great way for adolescent girls to stay in school when they are at risk of dropping out. Save the Children pairs girls with mentors who may have dropped out of school due to marriage or pregnancy, in order to show girls they are capable of moving past social barriers.