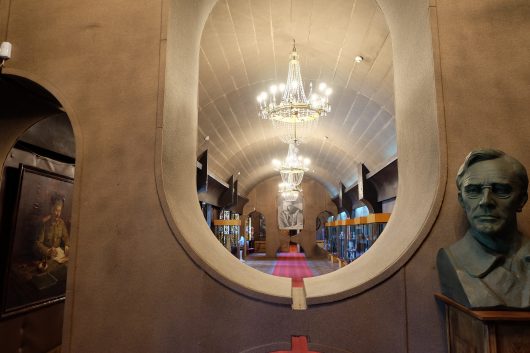 Despite the harsh ramifications from the global economic crisis and major political challenges, Georgia has remained a leader in the Caucasus sub-region for education, specifically in positive student learning. Georgia’s education programs and reforms are recognized worldwide. As of 2014, Georgia has had a secondary school net enrollment of 92 percent, just above the U.S., which sits at around 90.5 percent.

In 2007, Georgia partnered with the World Bank and UNICEF to create the Consolidated Education Strategy and Action Plan. This program ensures early childhood development, preschool education, general education, higher education and non-formal education in Georgia, while simultaneously including education for children with special needs.

Things began looking grim when, in 2008, Georgia was politically challenged by the Russian Federation and suffered internal government issues. Additionally, the Georgian economy was at a low, with almost 60 percent of the population living below the national poverty line and a quarter of the population making less than $2 per day, affecting the education in Georgia.

Nevertheless, Georgia’s government continues to focus on its educational reform. In 2008, the program department of Georgia was established in the Ministry of Education and Science. This agenda prioritizes programs such as the Safe School Initiative and Education Resource Centers. According to the World Bank, enrollment rates have only been improving.

As of 2016, advancement is seen in poverty. Twenty-one percent of the population is below the national poverty line, a staggering difference compared to prior numbers.

UNICEF notes that Georgia likely prioritizes education partly due to the country’s lack of natural resources, which leaves the future of the country dependent on its human capital.

Even still, there are festering problems in Georgia’s system, despite the government working hard to ensure quality education. Severe inequities of the enrollment and attainment rates between the rich and poor persist, likely due to entry fees. Ethnic groups and children with disabilities are lagging behind.

Improvements have been made to make up for this, such as the Education Strategy and Action Plan for Children with Special Needs, but there is still room for progress.

Henry Kerali, the World Bank regional director for the South Caucasus, notes, “Georgia’s prospects to compete in the global economy will largely depend on its ability to produce a highly-skilled workforce via improved teaching and learning.”