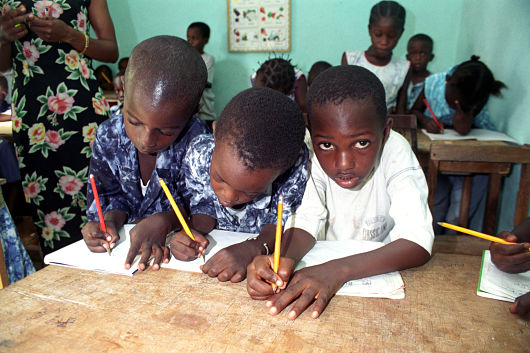 Education plays a vital role in transforming a developing country into a fully developed nation. By educating the youth, countries are able to ensure a stronger future and promote innovation in their own communities, thus making them more globally competitive and increasing the overall quality of life.

The Basic Education Coalition is “an independent, non-profit organization working to ensure children around the world have access to quality basic education.” Working together with 17 other organizations, the Basic Education Coalition will be a key player in the development of the developing world and the bettering of children’s lives throughout the world.

In 2000, several global leaders founded the Basic Education Coalition with the established goal of Education for All (EFA), with the goal that “all children receive an education that enriches their lives, expands their opportunities, and empowers them to participate in society.” In order to set more distinct goals for themselves, the EFA developed six goals which were then endorsed by several member countries and their leaders.

One EFA goal is to expand and improve the comprehensive early childhood care and education, especially for disadvantaged children. The key aspect in this is the provision of both care and education. Often, children in extreme poverty are made to worry about where their next meal will come from, if their parents will come home and if they will be able to survive.

By providing care to these children, these troubles somewhat disappear and they are able to focus on their education, and on being children. Childhood is where a lot of a people’s personality is formed and if the global community raises kind and education-loving children, we are only creating a stronger future for ourselves.

Another key goal of EFA is “eliminating gender disparities in primary and secondary education by 2005, and achieving gender parity in education by 2015, with a focus on ensuring girls’ full and equal access to and achievement in basic education of good quality.”

In many developing countries with relatively accessible education platforms, there is a huge gender disparity with boys being much more educated than girls. In the future, this will only lead to increases in population growth, domestic violence and lower self-esteem and self-respect for many women in the developing world.

When young girls are provided with a strong education they are able to gain the confidence to run their own businesses, innovate, support their families and make decisions that benefit their futures.

This has become an increasing focus in the global community and many NGOs have been created solely to help women and girls in developing countries to gain the confidence and education to support themselves.

Some of the other EFA goals include a 50 percent improvement in levels of adult literacy levels by 2015, compulsory education for children, especially girls, and ensuring equitable access to appropriate learning and life skills programs.

By teaming up with global leaders and several different countries throughout the world, the Basic Education Coalition has created a buddy system in which every nation must make sure that their counterparts are doing well. By working together, the youth of the world will be able to grow up in a totally different, and much better, world than our own.