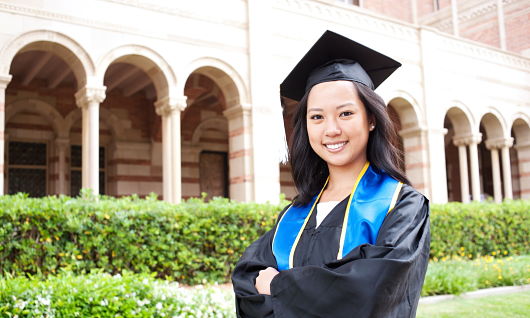 Fifteen-years-ago, education was a golden ticket to a good secure job in the United States. The idea was to go to school, get a four-year degree and land a good career. College education was just that: education. Disciplines did not matter as much as the actual degree.

Times have changed. Increased pressure from other countries has created strong competition and graduating Americans are not given preference over other people anymore. Employers are looking for the skill sets necessary to complete the job and they are not afraid to outsource to get it.

Specialization has become more and more trendy and two-year degrees and specific training courses have surged in popularity. A May 2015 study from Georgetown University suggests that college graduates will earn $1 million more than high school graduates.

The study suggested that STEM related fields heavily out paid social sciences. For example, a bachelor’s degree in engineering or architecture earns an average of $83k annually over the course of their career, while a graduate degree holder in education earns $60k over their career on average.

The relationship is quite complex. Another influencing factor was whether graduates worked in the for-profit, nonprofit or public sector; which industry they worked for; and whether they participated in professional development after they had started their careers. Educators working business jobs, for example, would make more than an engineer working as a teacher.

As time has gone by, humanity studies have declined and business and STEM degrees are on the rise in America. This is heavily influenced by what is in demand in the labor market. Business degrees make up 26 percent of college-educated workers. Although humanity majors are down, liberal arts and humanity class enrollment has gone up due to more rigorous general education requirements.

Better counseling and mentorship programs are needed to help future students become fully educated about the degrees they decide to pursue before enrolling. An August 2015 study from the Federal Reserve Bank of St. Louis looked at how college degrees affected a person’s income and ability to manage financial hardships such as the recession. They analyzed data from 1992 to 2013 to determine trends, reporting wealth and income correlations with racial and ethnic groups.

They found that regardless of skin color or ethnicity, the median net worth of families headed by someone with a four-year degree was 3.6 to 9.8 times larger than families headed by less-educated persons. However, when it came to race, the landscape looked a lot different in terms of handling recessions.

Asians and Caucasians who had four year degrees withstood economic recessions better than their uneducated counterparts and typically accumulated more wealth over the long run. Blacks and Hispanics fared worse. The study concluded that Hispanic and black families with degrees typically fared “significantly worse” than those without degrees. College-educated Hispanic and black families experienced declines in wealth during and after the economic collapse of 2008.

The higher education system in the United States has been continuously scrutinized for not doing enough to provide opportunities for minorities. This is an easy narrative to blame for all the problems. The reality is much more complex. Racism does affect mental health and has led to many problems in society that affect economics and social welfare but there is still much unknown according to the study.

The U.S. must fund more studies and strategize better on how to deal with these imbalances. Further research is needed to understand why there are such disparities in wealth among racial and ethnic groups.