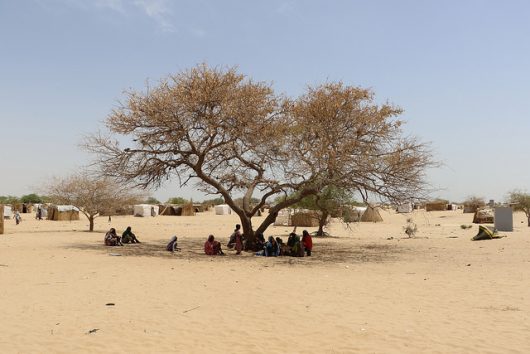 Since 2015, Niger has been subject to attacks by jihadist group Boko Haram. In 2016, Niger launched a new political initiative: a de-radicalization and reintegration program based on education and participation for the captured Boko Haram fighters. This strategy, also known as disarmament, demobilization and reintegration (DDR), can be effective during violent times. It is the means to achieving post-war goals and maintaining order in society.

DDR, now seen as a useful tactic to countering violent extremism, has become a political strategy, one that supports education and vocational training rather than violence and imprisonment. Rather than fighting violence with violence, the idea is to stimulate peace by instilling conventional development goals for society. Despite the de-radicalization classes and vocational training in the DDR camps, jobs are scarce and poverty is still rampant, making extremism more attractive to civilians.

Structural issues in the prison system and reintegration issues in society create more obstacles for the government in maintaining peace. Niger lacks the proper legal mechanisms or sorting criteria for prisons and the DDR program. No set standards exist for distinguishing between the detainees and escapees sent to prison or to the DDR program. Without these legal processes, the Boko Haram ex-insurgents are still legally terrorists. The U.N. excludes Niger and refuses to provide them with international assistance; the U.S. also does not grant them foreign material aid.

There is a need for supporting this method at the community level as well. Many ex-insurgents find it hard to reintegrate into a society that rejects them. People need to understand that in order to thwart the threat of extremism, it is necessary to destroy the ideology and punish those who spread it, not those who were a product of it.

This initiative has been pioneered by the southern town of Diffa. Diffa governor Mahamadou Lawaly Dan Dano has requested that the University of Diffa help build the community for those in the program. With 150 people in the program, including fighters’ wives and 28 young boys, conditions in Diffa became poor. After an escape attempt, it was relocated to a refugee camp in Goudoumaria where it can expand. They now have food, water and even a small infantry.

Despite not having schools until the 1990s, this region is now receiving 12 EU-funded vocational training centers and is set to put this into action. Another DDR program is working with this effort to release some of the 80 minors detained on both sides of the border to transit and orientation centers in Diffa.

Limiting risk through a national acceptance of the larger enemy and incentivizing peace through a collaborative systematic process are how education and reintegration could save Niger from Boko Haram.

Why Is South Sudan Poor?Causes of Poverty in Jordan
Scroll to top