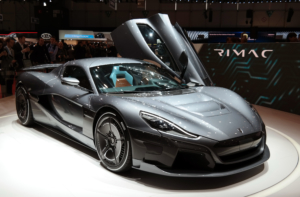 While beautiful, Croatia is not the most affluent in terms of economic standards. As of 2015, 19.5 percent of the Croatian population was below the poverty line. The financial crash of 2008 stunted the development of gross domestic product the country experienced since 1998. The convergence gap widened by 3 percent, launching the country into a recession. Luckily, RIMAC and its car, the Concept Two, is impacting the economy in Croatia in a positive way by offering Croatian’s jobs and allowing Croatia to compete in the international market.

Various key issues lead to a poor economy in Croatia including labor shortages, minimal pay, lack of adequate education and subsequent lack of skill. Such domestic problems are integral to why many Croats are unable to find opportunities that match up to wealthier Western European countries such as the United Kingdom, Germany, Sweden and/or Switzerland. According to the Croatian Employers Association (HUP), firms in Croatia are unable to fill some 30,000 jobs. Most of these openings exist in the tourism industry, making up at least 20 percent of Croatia’s gross domestic product.

Potential for a Great Economy

Despite the current state of the economy in Croatia, an emerging market may turn it around. Croatia, along with many other European Union member states, has benefited from the integration and trade of modern goods and services, specifically in technology.

In 2018, a zoomer of a car sped onto the world’s tech radar at the Geneva Motor Show called the Concept Two. This car may support the development of a thriving economy in Croatia. Some have deemed the vehicle as “alive with technology,” elevating the bar as the fastest electric car around the globe.

The CEO of RIMAC, Mate Rimac, developed the lightning-fast vehicle. Mate Rimac began the development roughly 10 years ago when he turned his gas-powered vehicle into an electric car. The CEO has also discussed his desire to create opportunities in Croatia, “a country where people usually emigrate from,” to keep citizens from leaving. Further, Mate Rimac has already hired individuals of 22 different nationalities to work at his company.

The company manufactures all components of the Concept Two in-house. With the pricey, technologically loaded unit selling for more than $2 million, the average Croat would not be able to afford such a speedster. although, this hefty price tag could bring in a large influx of stimulation for the economy in Croatia.

According to recent reports, the manufacture and production of the Concept Two are now employing many. The company has listed 429 full-time employees as of October 2018. Prior to this report in 2017, a venture capital funding organization noted the availability of 100 new jobs at RIMAC. These efforts have resulted in a growth of nearly double.

Further, the European Investment Bank (EIB) notes RIMAC as a good investment. In 2018, the EIB provided a direct loan to expand the research and development department, in part due to RIMAC introducing jobs and growth of the economy in Croatia.

Often, the best way a country can improve the national economy is to grow business that can compete on an international level. Countries in the Baltic have been able to improve the internal business climate by increasing competition at the global playing field. One can promote allowing businesses to start and grow through investment in innovation, much like the Concept Two with RIMAC. One of the most productive methods to increase economic growth is through research and development in modern technology.

Companies like RIMAC should improve the business climate and economy in Croatia. With enough investment and support, companies with bravery and innovative force have the potential to be a major player in promoting Croatia into the international economy.