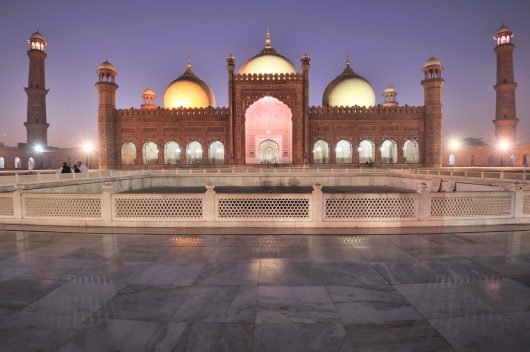 This year, economic growth in Pakistan reached its highest rate in eight years. With 4.7 percent growth in FY 2016, up from four percent the previous year, the country shows promise for further economic success and prosperity.

The World Bank praised the government’s prudent efforts in restoring economic stability. Growth has largely been driven by consumption, and indicators of economic improvement include low inflation, a low budget deficit and a low current account deficit. Additionally, foreign exchange reserves strengthened.  The country’s recently upgraded ratings by Standard and Poor is proof of economic success.

In addition to economic growth, Pakistan has succeeded in reducing the percent of people living in poverty. The percentage of people living in poverty in Pakistan decreased from 64.3 percent in 2002 to 29.5 percent in 2014. The World Bank president claims the country is on track to increased economic growth and prosperity, but in order to maintain and expand growth, the government must take additional steps.

Despite Pakistan’s success in poverty reduction and improving health, nutrition and education have been trailing behind. The World Bank’s Country Director in Pakistan recommends implementing structural reforms that will benefit the entire population to promote viable and widespread success.

Pakistan will benefit from investments in electricity, education, health and nutrition. The government can help achieve these goals by expanding the electricity supply, accelerating energy reforms, ensuring anti-poverty measures and encouraging private sector investments. By expanding services and prioritizing individual prosperity, economic growth in Pakistan will benefit the population at-large.

Pakistan’s Prime Minister has expressed dedication to widespread growth by investing in the development of mega-hydropower projects, rail and road infrastructure, education and health.

Economic growth in Pakistan is attracting international interest, and providing opportunities for investment. The high performance of the Pakistan Stock Exchange and projects under the China-Pakistan Economic Corridor are leading the World Bank, the China Development Bank and other sovereign investment authorities to express interest in investing in Pakistan.