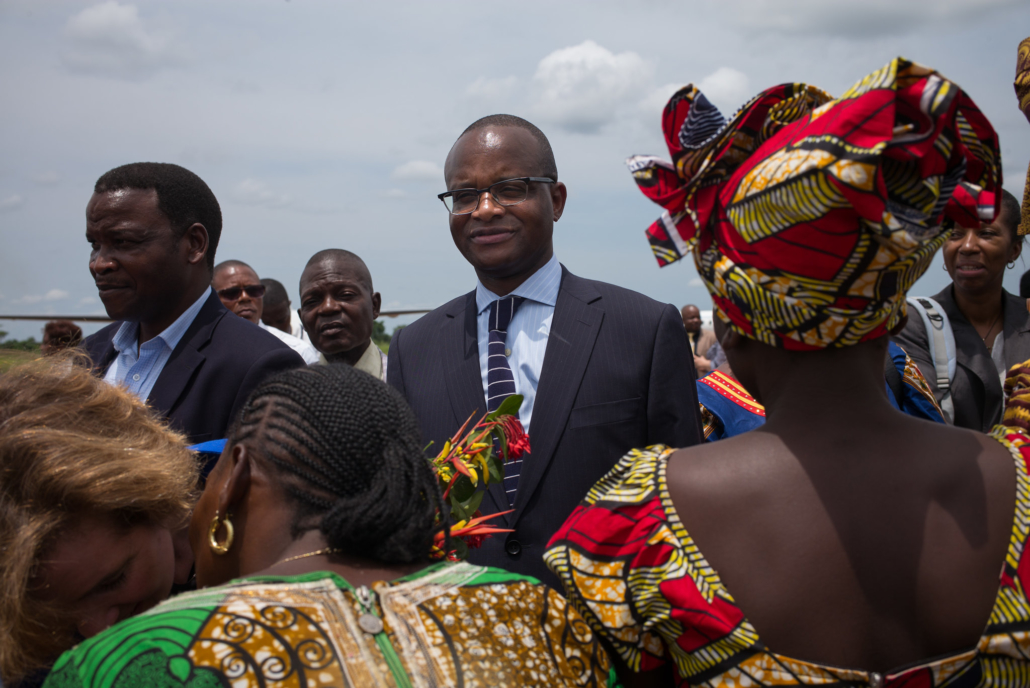 While the Democratic Republic of the Congo has a history of extreme poverty and political instability, a recent International Monetary Fund (IMF) report stated that growth in the Democratic Republic of the Congo rebounded astoundingly from 1.7% in 2020 to a projected 6.2% in 2021. The projected growth includes impressive metrics considering that the most recent IMF projections for Sub-Saharan Africa predicted 4.5% growth. While the DRC still has improvements to make to infrastructure, public health, literacy, child mortality and access to utilities, recent reforms have proven effective in stabilizing the Congolese economy.

The DRC has a history of political corruption dating back to the nation’s independence in the 1960s, “combined with countrywide instability and intermittent conflict that began in the early-90s.” This has consequently led to “reduced national output and government revenue, and increased external debt.” However, since implementing a transitional government after peace negotiations in 2003, economic development in the DRC has continued to improve, as the country reopened relations with international financial institutions and donors.

While the DRC’s economy contracted by 2.2% in 2021, inflation remained contained at 2% in 2021, despite sharp food price increases that rose by about 3.4%. The decline in oil prices in 2021 originally damaged economic development in the DRC. However, while the war in Ukraine could potentially increase inflation, “high oil prices could potentially boost the economic recovery.” This reality, while devastating to the nation’s poor, could contribute to growth and development in the DRC as the oil sector represents nearly half of the country’s gross domestic product (GDP) and 80% of its exports, making the nation the third largest oil producer in the Sub-Saharan African region.

Differences in Sub-Saharan Governments and Economies

The primary difference between the DRC and other Sub-Saharan African nations in regard to the economic metrics is government stability. For instance, the United States’ African Growth and Opportunity Act (AGOA), a duty-free trade group, has cut Ethiopia, Mali, Guinea and Burkina Faso “over alleged human rights violations and recent coups.” This exclusion from the AGOA excludes Burkina Faso, Ethiopia, Mali and Guinea from accessing more than 1,800 products, as well as more than 5,000 products suitable for duty-free market access, or non-taxable market access, under the Generalized System of Preferences program.

The state of democracy in the DRC is questionable at best, with the U.S. State Department reporting incidents such as “forced disappearances and abductions by government and armed groups; torture by government; arbitrary detention by the government; [and] harsh and life-threatening prison conditions.” However, the relative stability of the DRC’s centralized constitutional republic has come with privileges. While other Sub-Saharan nations have faced exclusion, the DRC “regained AGOA beneficiary status as of” January 1, 2021.

While the DRC has been in recovery mode from the economic contraction of 2021, the nation has still exceeded projections for economic growth and development due to a number of key strategies. Namely, the country includes the use of “a Fund-supported program” through which, DRC authorities adopted policies to regulate and stabilize inflation and the exchange rate. Also, debt restructuring agreements, increased oil prices and improvements in debt management have decreased public debt, which fell from 113% of GDP at the end of 2020 to 102% by the end of 2021. Ukraine-related inflation has also led to high commodity prices which have supported increased exports, revenues and international reserves.

A Need for Humanitarian Aid

While the IMF projections exceed original GDP-growth projections by the World Bank, which predicted “1.9% in 2022 and 4.1% on average over the period 2023-2024,” the conditions allowing for the DRC’s growth in economic development can be simultaneously harmful to the most vulnerable communities. For instance, the War in Ukraine, while improving commodity prices, has simultaneously led to increases in food prices which has intensified food insecurity. The DRC is also host to a number of social problems.

Infant mortality stands at a rate of 33 deaths per 1,000 live births, and access to electricity stands at 66% of the population in urban areas and only 15% in rural areas. The DRC’s access to clean water is also below the country’s “hydrological potential.” Luckily, groups like USAID offer assistance in such areas as “Agriculture and Food Insecurity, Democracy, Human Rights and Governance, Education and Global Health.”

USAID has partnered with the government and people to improve citizens’ quality of life and the efficacy of national institutions while fighting for lasting peace. While many other African nations have suffered from the effects of coups, inflation and American sanctions, the DRC’s semblance of state stability and the intervention of humanitarian aid organizations have seemed to elevate the nation past expected metrics. One will be able to more clearly see how stable the DRC’s economy will be soon as economic projections are descriptive and not prescriptive. However, the DRC is currently exceeding predictions of GDP growth and facing less market insecurity than Sub-Saharan African nations that have faced punitive sanctions from Western nations for recent coups.