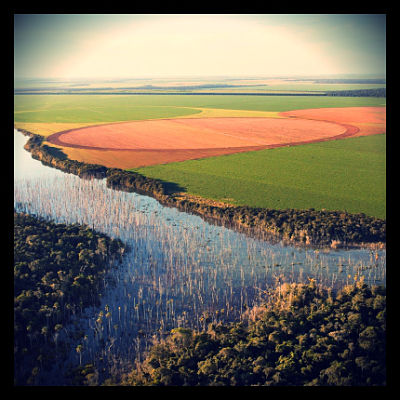 The country of Brazil, long known for its biologically-diverse rainforests and unique ecosystems, has been practicing the method of double cropping – or planting two crops per year instead of one – as a means of intensifying the amount of agricultural goods grown in a given area. Recently, much research has been centered on the state of Mato Grosso, known for its heavy use of the double cropping method and position as the undisputed hub of Brazil’s agricultural production area. The data gleaned thus far in regards to economic benefits have been nothing less than astounding, as there is mounting evidence that double cropping encourages economic development in Brazil.

Researchers at Brown University have been conducting extensive research into the GDP, educational infrastructure, and public sanitation of Mato Grossso in order to take a closer look at the ramifications of the agricultural program known as double cropping. Surprisingly, they found that the large production of soybean, cotton, and corn from the area resulted in huge economic opportunities for the residents of the Mato Grosso area. How are they linked? Double cropping encourages economic development in Brazil primarily due to the huge amounts of labor required to harvest, transport, and process the crops grown in area, leading to the low unemployment and high local investment absent from area’s that employ the single cropping method.

In regards to exactly how double cropping encourages economic development in Brazil, Associate Professor at Brown University Leah VanWey noted that the industry has created thousands of jobs, also noting that, “In the long run there isn’t much money in just growing things and selling them, but processing allows the local area and workers to retain more of the per-unit cost of the final product.”

Exiting new methods of agricultural development are being implemented and assessed across the globe, leading to innovative ways of encouraging growth and ameliorating local poverty levels. Furthermore, recent evidence showing that double cropping encourages economic development in Brazil should serve as a reason for continued support of agricultural aid agencies such as the FAO.