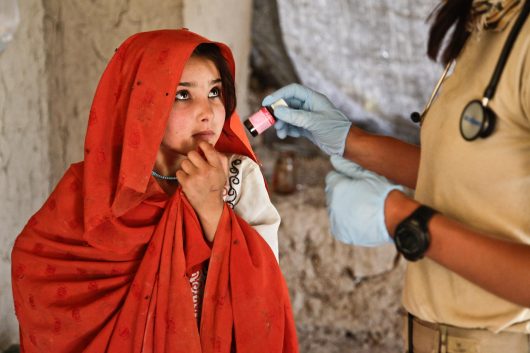 Nonprofit medical aid conglomerate Doctors Without Borders, or Medecins Sans Frontieres, requests increased access to treatment for Western and Central African countries. Although not the highest-risk demographic, less than one-third of the afflicted receive life-saving medicines.

Eastern and Southern Africa hold half of the world’s HIV-infected population. As a result, intervention, prevention and treatment overwhelmingly pour into this region of the world, leaving others without equitable aid. Dr. Cecilia Ferreyra, HIV adviser for Doctors Without Borders, reports that in the last five years, “the number of people on life-saving HIV treatment worldwide doubled.” Yet, 4.5 million people in Western and Central Africa do not receive treatment.

The plea from the organization came a day before an important U.N. meeting discussing the prevention of AIDS. On June 10, a U.N. press release indicated the member states would implement a bold course of action to end AIDS as a public health threat by 2030. With a goal like this, areas of concern can now be reached with renewed vigor.

It seems Doctors Without Borders has been effective in lobbying the UN for increased attention to regions with a lower HIV prevalence. In the press release, UNAIDS stated, among its other goals, that it would set “an action agenda for getting to 90-90-90,” referring to the percentage of people who know their HIV-positive status, receive antiretroviral treatment and reach viral suppression. Its goals also promise UNAIDS will be “leaving no one behind” in the quest to completely eliminate AIDS.

The U.S. specifically has committed to introducing a $100 million Key Populations Investment Fund that is intended to bridge the gap between PEPFAR and those who don’t normally receive financial help. It aims to assist people facing discrimination, such as sex workers, gay men, intravenous drug users, transgender people and prisoners. This could help regions like Western and Central Africa in which stigmatization prevents those with HIV from receiving proper treatment.

Despite the region-specific challenges faced by Western and Central Africa—which (besides stigma) includes a shortage of well-trained medical staff, service shortcomings and high fees—the spread of HIV/AIDS is certainly slowing. The goal of ending AIDS by 2030 encompasses the entire globe, not just the areas in dire need.