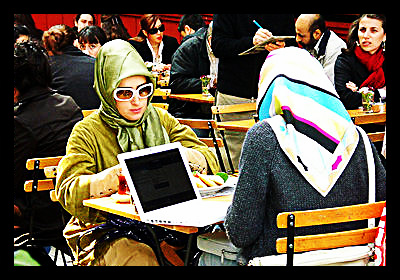 Since becoming Prime Minister in 2003, Recep Tayyip Erdogan has contributed to calming Turkey’s military, strengthening its political parties, and increasing the personal freedoms of its citizens. United States Presidents George W. Bush and Barack Obama both held Turkey on a pedestal as an example of the ability for Islam and democracy to coexist.

Yet the Justice and Development Party (AKP) has faced little to no opposition strong enough to challenge Erdogan’s position, for which he has won three successive elections. At over 11 years in office, Erdogan is now the second longest reigning Prime Minister in Turkey’s 94-year history. The nation is falling from its democratic grace.

When thousands of Turkish citizens protested the one-party state in the spring of 2013, Erdogan’s authoritarian power was evident. Tear gas, water cannons and mass arrests asserted the Prime Minister’s authority over those who wished to speak out. The in December parliament, led mostly by the AKP, presented a proposal to make protests against public services illegal.

Such actions, in addition to Erdogan’s attempts to limit and control social media, emphasize worrisome threats to basic human rights and democracy in Turkey. But the next set of elections is coming soon, and the simple fact that people continue to look towards it brings hope. Despite unfortunate actions resulting from Erdogan’s hoarding of power, Turkey formally remains a functioning democracy. If all goes as planned, the upcoming elections will take place in as free and fair an environment as ever.

Movement away from democracy in Turkey poses risks to the nation’s future political and economic security. With such tumultuous circumstances taking place in the nations bordering Turkey and in the Middle East in general, Erdogan arguably cannot afford to throw away its alliance with the United States and the Western world. Likewise, undemocratic actions take away from any chances Turkey has of being admitted in the European Union, whose membership requirements include a free market and democratic freedoms.

So while many may claim that Turkey, as a result, could not possibly move far enough from democracy as to put these alliances in true jeopardy, recent events have not sparked much confidence. Elections, however, will likely outline what the world can expect from Turkey in the near future.