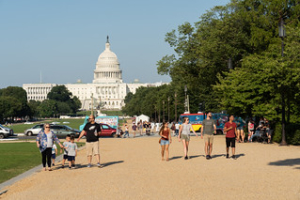 John Kerry, in one of his first official speeches as Secretary of State, declared that diplomacy is key to securing the nation’s economic well-being, and urged Americans and legislators alike to avoid isolationism simply because of a down economy. Kerry pinned the blame for a lack of support for foreign aid on a divided Congress, saying that “the greatest challenge to America’s foreign policy today is in the hands, not of diplomats, but of policymakers in Congress.”

As a budget-cut-inducing sequester looms, Congress must come to an agreement on the national debt and budget – which includes funding for foreign aid and diplomacy programs, many of which have been the target of proposed cuts by conservatives. Kerry said that it is more important now than ever for America to have financial stability in order to set an example through diplomacy for developing countries. He went on to argue that diplomacy strengthens our economy at home by providing economic markets abroad for US exports, which negates the initial cost of government-sponsored foreign aid and international development ventures.

Kerry cited the success of the Marshall Plan in post-World War II Berlin, and asserted that the United States would have to stay relevant in the global arena in order to keep up with rising economic super powers like China and India.

Kerry gave additional real-world examples in support of foreign aid, including increased exports to Vietnam in the last decade, and the high number of former aid recipients who now import US goods. Learn more about how the US economy depends on participating in foreign aid here.