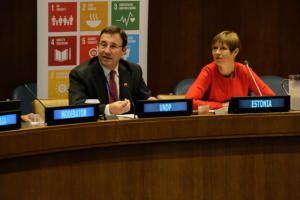 The United Nations Development Program (UNDP) is a U.N. network that aims to eliminate poverty, increase resilience in poor communities, improve access to education and develop policies in struggling countries. One of the UNDP’s major projects is the 2030 Agenda for Sustainable Development. This project focuses on 17 Sustainable Development Goals (SDGs) including no poverty, zero hunger, quality education, clean water and sanitation and climate action.

The UNDP works with multiple struggling countries around the globe to meet these goals. Out of the 170 countries and territories being aided, below is a list of eight countries being helped by the UNDP.

8 Developing Countries Being Helped by the UNDP