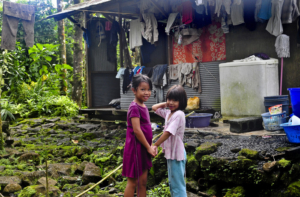 Micronesia, a cluster of hundreds of islands nestled in the Southwest Pacific, is a region with unique obstacles to development. Nationwide efforts to fight poverty are difficult to execute because of the disconnected nature of the islands. One of the greatest barriers for Micronesian communities in the fight against poverty is access to safe water. As of 2015, around 15% of the rural population lacked access to basic drinking-water sources. Water supply in the South Pacific is particularly susceptible to the climate, with certain weather patterns making the water too brackish, or is diseased with cholera, typhoid and other deadly water-borne illnesses.

Hardships and the Importance of a Stable Water Supply

In 2016, the region experienced one of the worst droughts in Micronesian history. An emergency response coordinator at the International Organization for Migration explained that the drought’s impacts went beyond just providing drinking water. In early 2020, some preparatory schools in Weno were forced to close because wells were drying up.

Furthermore, because agriculture employs almost half of the nation’s labor force and produces 60% of food supply, groundwater supply is critical. In the past, severe droughts have led local farms, which are the backbone of the economy, to be shut down.

Since problems of national drought and water insecurity in the country continue to resurface, many understand that there must be a restructuring of the Micronesian water infrastructure. Fortunately, the islands’ seafront location is leading many to suggest the potential of desalination in Micronesia. This process makes ocean water drinkable and has the potential to meet Micronesia’s needs. The Marshall Islands, one of the five states in Micronesia, recently completed a desalination project that purifies 1,600 cubic meters of seawater a day. Partially funded by the Asian Development Bank, the project has been revolutionary for the Marshall Islands’ water independence. Beyond the South Pacific, nations around the world have caught on to the capabilities of desalination, from Saudi Arabia and Oman to China and India. Plants operate in more than 100 countries, and many areas, like Dubai, have been able to shift to almost 100% desalination.

The Role of Renewable of Energy

Not only does desalination in Micronesia give islands the autonomy to have a stable water supply, but the desalination plants typically encourage the growth of renewable energy, like solar panels. This is partially a result of the fact that most modern desalination plants are powered through solar energy. When government funding is available to introduce solar energy, a presence for renewables is better established in the economy and further investment is more likely. The new plants in the Marshall Islands are solar-powered and have catalyzed the development of solar street lights estimated to significantly reduce energy consumption. These plants also provide reliable drinking water to 3000 Micronesians.

While poverty and child mortality rates have steadily dropped in the region in the last decades, Micronesia cannot continue to improve on this progress without access to a stable water supply. Fortunately, the development of infrastructure to encourage desalination in Micronesia alongside current plants in the Marshall Islands and Vanuatu is a groundbreaking step in this effort for nationwide water security.