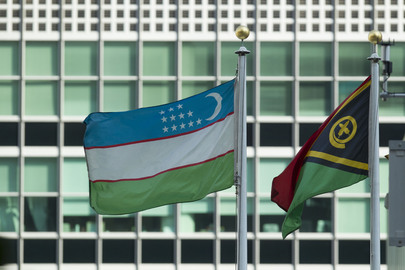 In the past, hunger in Uzbekistan showed staggering numbers. However, these rates have decreased exponentially since the early 2000s. Within the past 20 years, hunger rates peaked in 2002, where 19.8% of the population either could not afford or access a sufficient amount of nourishment necessary for survival.

The Connection Between Poverty and Hunger

Poverty drives hunger in Uzbekistan. For example, many people could not afford bread in 2005 due to the inflated price, but the rates have dropped by 14.5% since then. Moreover, many people did not even make sufficient wages to purchase a bag of flour each week to provide for their families.

Globally, 805 million people experienced undernourishment in 2014. Of that number, 1.7 million lived in Uzbekistan. While these numbers may seem disheartening, there has been a turn for the better. From 2016 to 2017, there was a 0% increase in hunger rates in Uzbekistan. While there was not a reduction in hunger during that time, a 0% increase is still a victory showing that Uzbekistan is on the path to creating a country without hunger.

With these numbers in mind, it is important to highlight just how much progress there has been. Within the country, hunger in Uzbekistan decreased to 6.3% by 2017, which was the lowest it had been since 2000.

3 Ways Action Against Hunger has Decreased Hunger in Uzbekistan

Hunger and malnutrition can come from many places but mostly stems from insecurity within the economy, poverty and job instability. With help, Uzbekistan should be able to eradicate these problems and increase food security. The fight to end hunger in Uzbekistan continues, but the numbers show that change surely is possible.