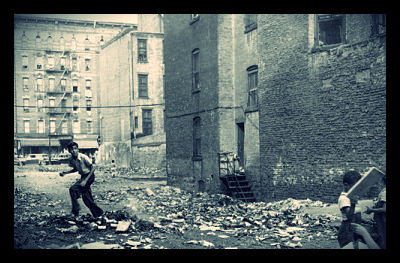 There is a prevailing belief that people living in poverty- people who struggle to survive on a day-to-day basis- are somehow all alike in their mentalities and circumstances. According to this conviction, impoverished individuals are of not only their own socioeconomic class, but essentially, also of their own breed as distinct entities from mainstream, above-poverty line Americans. Disturbingly, this myth known as the culture of poverty has infiltrated many cultural institutions in America, such as education, government, and even entertainment.

An important question to investigate is the origins of this faulty poverty paradigm. How exactly did this flawed yet widely-prevailing notion of America’s poor develop? For starters, the phrase “culture of poverty” traces back to 1961 in Oscar Lewis’ book “The Children of Sanchez” in which Lewis explored small Hispanic communities. In his ethnographic observations, Lewis noted that these communities were violent, disjointed, and short-sighted, proposing that perhaps these characteristics are applicable to all impoverished groups. Decades after the publication of Sanchez, Lewis’ findings, rather being associated with the nation’s poor, are used to define the nation’s poor.

However, Lewis’ work is not the sole contributor to engineering the modern-day culture of poverty myth. Researchers propose that this myth is actually a conglomerate of smaller stereotypes regarding the poor. These stereotypes have managed to remain extant in America through multiple platforms such as media and entertainment in which excessive focus is placed on negative traits that, although universal, have been used to strictly classify the impoverished.

Two poverty myths in particular have been extensively circulated throughout society. For instance, poor people are commonly regarded as unmotivated and unfocused. However, there is no direct empirical evidence that the poor have weaker work ethics than others who are more socioeconomically well off. According to the Economic Policy Institute, since many impoverished adults, especially those with children, hold more than one job, and therefore work more hours per week than other Americans.

Furthermore, poor parents are often regarded as having little regard or interest in the academic well-being of their children due to their perceived lack of care for the institution of education as a whole.  However, although low-income parents value their child’s success as much as higher-income parents, they are less likely to attend school functions. This trend is not necessarily due to differences in attitudes but is more likely due to differences in availability. Since lower-income parents spend more hours per week at work, they have less free time to allocate outside of the work-place.