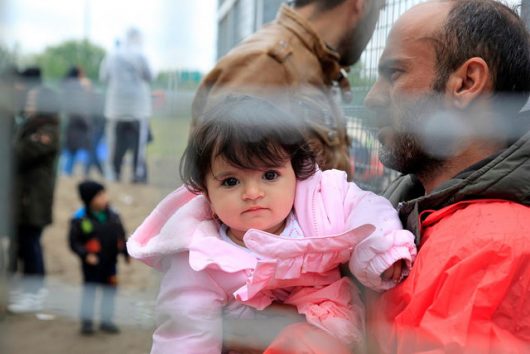 In June, the Hungarian government passed a series of laws titled “Stop Soros.” The laws advocate for the criminalization of human rights work as they make the act of aiding undocumented immigrants illegal. Breaking this new law will result in up to a year imprisonment.

Hungarians have been made to fear immigrants overwhelming the country and changing its culture. Hungary’s action is in response to a new European Union (EU) migrant relocation plan. This plan would see the spread of more than 150,000 asylum seekers throughout EU member states, thus easing the strain on countries such as Italy and Greece.

Hungary is not the first country to legislate the criminalization of human rights work, however, it demonstrates the struggles NGOs face and the challenges that are being met across Europe in the face of the immigration crisis. It also substantiates the growing tensions between governments and the negative sentiment that groups have toward immigrants.

The Impact of the Criminalization of Human Rights Work

The act of aiding the victims of human rights violations is being delegitimized. By criminalizing aid to migrants, it deters people in need of assistance and those seeking to assist. The fear of prosecution is imminent. This further alienates the two populations, natives and refugees, and encourages the close-minded views of natives.

A Message of Intolerance

The criminalization of human rights work also sends a message to society of intolerance and creates an environment for xenophobic sentiments to fester. Hungary passed the law that largely targets immigrants from Muslim countries, such as Iraq and Syria. In 2017, Hungary rejected 2,417 asylum seeker applicants while granting protection to only 321 people.

Hungary fears the dilution of its Christian values. A fenced border was constructed to ensure no illegal entry into the country. There seems to be no regard for the safety of the migrants and refugees who are fleeing their homes not out of choice, but out of necessity. Hungary is not ready to become a multi-faith and multi-cultural country.

EU countries and NGOs have implored Hungary to not pass laws in contradiction to European law. In regards to Hungary, the European director of Amnesty International, Gauri Van Gulik, stated, “It is a new low point in an intensifying crackdown on civil society, and it is something we will resist every step of the way.” Others have voiced similar concerns. The primary solution to laws such as these being passed is to push back against institutional intolerance, which has been steadily on the rise among European countries toward refugees and migrants.

One of the major challenges to human rights is the lack of value and recognition given to it. There must be a promotion of a culture that publicly acknowledges the role of human right activists. The great increase in immigrants to Europe has tested the humane response to conflict and suffering. This may not be the last example of the criminalization of human rights work.