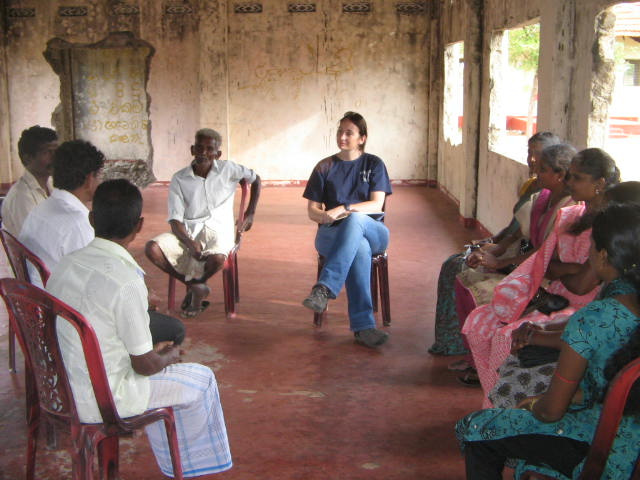 Sri Lanka and its citizens can benefit greatly from credit access. As an island country in South Asia of many languages and ethnicities, it has, of course, been a product of dispute for many years. A democratic republic, political unrest and ethnic divide have been a main source of disarray as noted by its thirty-year civil war which ended in 2009. But besides political issues, Sri Lanka is an economically stable country in South Asia, with a high Human Development Index rating and a per capita income that ranks highest among South Asian countries. Its main economic sectors are tourism, textiles, rice products, and tea, of which it is the second-largest exporter in the world. Similar to most countries, however, while there is certainly stability, Sri Lanka does have its issues.

Sri Lanka still has a large number of citizens who live in poverty. While only 1.8 percent of Sri Lankans live in abject poverty, nearly 45 percent live on $5 or less a day. It is difficult to maintain a stable income, especially in rural areas. It is even more difficult to achieve personal growth when income covers expenses and there is little left over.

That’s why credit access in Sri Lanka, especially in rural communities, is an important stage in its continued development. In a report from 2005, the World Bank Group discusses the best methods of increased access for the rural poor. For example, enhanced remittances and payment services, and long-term saving instruments are highly useful for the poor and can be implemented in small and rural enterprises.

Remittances, particularly, have grown rapidly in Sri Lanka. As the report states, Sri Lanka should move from an informal, unsafe network to a formal financial institution with better services, such as savings and insurance. This improvement in credit access in Sri Lanka will allow citizens to manage their financials with lower risks.

A 2011 assessment by the World Bank concluded that only 35 of Sri Lankan small firms can access a loan or a line of credit. Then, in 2013, Sri Lanka’s Credit Information Bureau (CRIB) and the World Bank agreed to boost credit access by making it easier to use movable assets as collateral. The World Bank will help CRIB to develop a legal framework that allows small businesses to mortgage inventory and equipment to bypass the traditional loan agreements.

And in 2016, the Asian Development Bank (ADB) and LOMC (the nation’s leading microfinance institution) inked a $25 million loan agreement to boost credit access in Sri Lanka, specifically for small businesses and individuals. Under the agreement, LOMC will use the loan as funds for lending to micro-businesses and will improve financial products and outreach to remote farmers. LOMC hopes to improve access to banking, as 70 percent of citizens do not have any access, and, because the deal lasts five years, have the sources for long-term loans.

Sri Lanka continues to grow, and with these credit-based programs and findings, it will do so in a stable and financially viable direction. Hopefully, within the next decade, a majority of the population will have access to banking, and credit will allow for the rural poor to lead more economically independent lives.

Credit Access in NicaraguaSustainable Agriculture in Tuvalu
Scroll to top