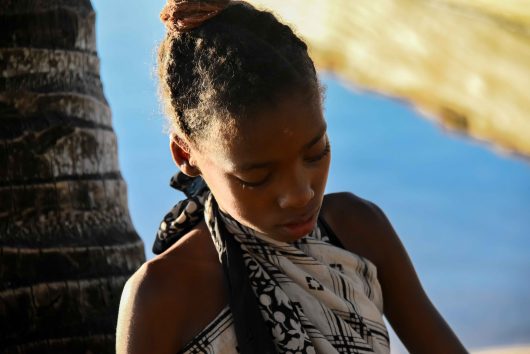 Because poverty has hindered a large portion of South African households from getting access to formal credit sources, informal credit like loan sharks and mashonisa loans has prevailed. Economists believe that better credit access in South Africa provided by financial institutions might help to boost the economy as well as alleviate poverty.

Previous research from the University of Cape Town had already shown the strong relationship between economic growth and credit expansion in South Africa. Recently, economist Roelof Botha from the Gordon Institute of Business Science reiterated the idea that credit expansion – especially by financial institutions lending money to unsecured borrowers – could invigorate the struggling economy.

Though South Africa is experiencing a declining economy, the household debt to income ratio has dropped consistently, from 87.8 percent in 2008 to 73.2 percent in 2017. This ratio appears to be exceptionally low compared to South Africa’s trading partners like Australia, which exceeded 200 percent in 2017 despite its growing economy.

Notwithstanding a high percentage of homeownership (more than 54 percent), Botha argues that the low value of the homes – which disqualifies them as collateral – has become “unnecessary obstacles” for the households to obtain credit from formal channels.

Lowering the bar for obtaining credit allows consumers to purchase more goods or even to start small businesses, which are both beneficial to the overall economy. Furthermore, research from Innovations for Poverty Action shows that better access to credit could not only increase the quality of life of the borrowers, but also give lenders more profit.

In an article published by Boston Consulting Group in April 2017, researchers claimed that though the percentage of South African adults who have borrowed from commercial banks rests at a modest 12 percent, informal credit accounts for a greater portion of the entire credit market.

Compared to formal channels, debts from informal channels are more difficult to regulate and might exacerbate the financial situation of already unsecured borrowers due to the sky-high interest rate.

In addition, the South African informal debit market bears an alarming default rate of an estimated 12 percent – much higher than countries that are risk-averse like China (1 percent) and Germany (2 percent).

The Reserve Bank has already started to lower its repo rate and plans to reduce the rate further to increase credit access in South Africa in 2018, expecting better economic growth. The steady inflation rate, averaging 4.9 percent through most of 2017, also provides households with better credit affordability.

From a long-term perspective, Botha said, the number of households with a buying power of R120,000 or higher per year experienced a dramatic increase from 200,000 in 2002 to 2.7 million in 2016, making the average real growth 15 percent, which is much greater than the average economic growth rate. Therefore, credit expansion should have the potential to further this growth.