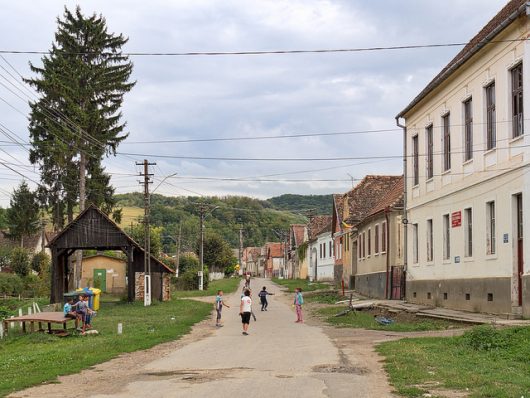 Given its turbulent history throughout much of the twentieth century, it is inspiring to see Romania’s economy thrive. Romania experienced economic difficulties as part of the Soviet Union and was especially hard hit by the recent global recession. Despite its recent accomplishments, Romania still has many economic woes including a high poverty rate. With its problems, credit access in Romania is essential if the country wishes to alleviate some of its economic hardships. After its most recent elections, the Social and Liberal Democrat parties formed a coalition government. Many of the coalition’s goals and priorities centered on economic issues, some of which include: the improved absorption of European Union (EU) funds and a focus on securing investments in infrastructure and health care, reforming the pension system, and simplifying tax administration.

Generally speaking, much of Romania’s wealth does not “trickle-down” to all of its citizens, which explains part of the country’s problems with combating poverty. The World Bank cites the following statistics regarding poverty in Romania.

Much of Romania’s financial system needed reform before its acceptance into the European Union in 2007. Romania’s financial systems were in ruin after the collapse of the Soviet Union in 1989 so the European Union urged the Romanian government to reshape its financial sector in order to better adjust to the new, open-market economy of the EU. Because of its reshaping and restructuring, the Romanian economy was the second fast-growing in Europe in 2017. The World Bank predicts that the Romanian economy will continue to grow.

New legislation regarding access to credit was passed in Romania in 2016. Elena Iacob, an attorney who has analyzed the legislation, concluded: “It remains to be seen whether the various measures enacted by recent legislation will actually help the consumers to have access to more fair terms and affordable credit to satisfy their needs, or, on the contrary, will ‘help’ to the raise of the cost of the credit and to the demise of the market for residential real estate development, already weakened by the economic and financial crisis.”

Credit access in Romania would potentially give Romanians more purchasing power. Romanians could spend their money on things they have always wanted, or they could save that money for the future, in preparation for healthcare expense or for a relative’s education. With more disposable income, Romanians could funnel more money into their economies, strengthening their own local and national economies as well as that of the EU.

Iacob’s analysis is cautiously optimistic about Romania’s economic future. While unsure of the effects of the new legislation, Iacob argues that the legislation does favor the consumer. Hopefully, with greater credit access in Romania, many will be able to better themselves financially, all in an effort to lessen the country’s poverty rates. Given its recent economic advances, credit access in Romania could allow the nation to increase its standing and influence in the EU while becoming a shining example of the successes in the war on extreme poverty.