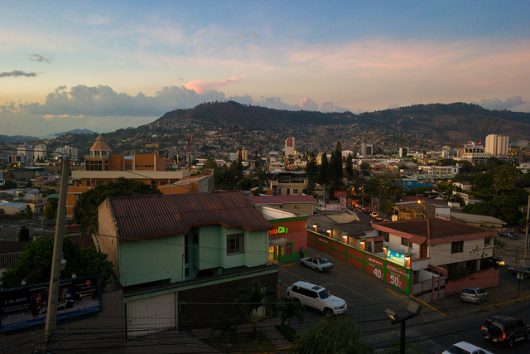 Microfinance has become an important tool for increasing credit access in Honduras for low-income people. Microfinance, or microcredit, entails banks lending small amounts of money at low interest rates. It is a great method to get loans to people living in poverty who have no credit history, little to no income, no collateral and often no education. This practice is particularly popular in the developing world.

Without access to credit, savings or other basic financial services, over two billion people around the world are financially excluded. Increased credit access in Honduras and other developing countries enables poor families to earn a larger income, build their assets and cushion themselves from extra costs from external shocks like natural disasters. Poverty in Honduras is exacerbated by a consistent threat of natural disasters, such as floods, hurricanes and land erosion.

In Honduras, 60 percent of the population lives below the national poverty line and the country has one of the lowest per capita incomes in Latin America. Credit access in Honduras is limited, especially in rural areas due to obstacles including high operating costs because of infrastructural deficiencies, a high level of risk due to the threat of natural disasters and a lack of flexible financial products and financial intermediaries that can cater to specific needs.

In 1989, a non-banking financial institution called FINCA was established in Honduras to provide banking services to people across the country, including loans, savings deposits, money transfer services and insurance. FINCA now has 21 branches and serves over 47,000 people in rural and urban areas of Honduras. The average loan is less than $800 and the institution’s loan portfolio amounts to over $21 million.

In 2014, the Rural Savings and Credit Union was formed in Honduras to provide these financial services in rural areas and offer flexible financial services based on individual negotiations and a deep knowledge of local communities and the businesses within those communities. Rural Savings and Credit Unions have promoted a more gender-inclusive market system, empowering women to participate in the economy to open small businesses and support their families financially. They are also sustainable and easy to replicate, ensuring a stable source of financial services to rural and poor areas in Honduras.

The Multilateral Investment Fund also approved a $200,000 technical assistance grant and a $3 million loan to the José María Covelo Foundation. The funds will allow the organization to pursue a project to improve the economic conditions of productive and entrepreneurial individuals in rural and peri-urban areas by increasing the microcredit supply in Honduras.

Microcredit services like FINCA have helped increase poor people’s credit access in Honduras, enabling them to start small businesses and increase their incomes without having to go into major debt. For example,  62-year-old Consuelo Esperanza Rueda Aguilar has been able to start several businesses, from running a taxi service to selling a variety of different items ranging from cell phones to clothing to pots and pans. By utilizing FINCA’s services, Consuelo carefully invested her earnings to develop her entrepreneurial endeavors. She was also able to educate all five of her children and to buy a bigger house.

Models like FINCA and Rural Savings and Credit Unions strive to reduce poverty by increasing credit access in Honduras, providing economic opportunity for people in the most vulnerable settings and increasing economic empowerment by giving Hondurans the tools to become more financially stable.