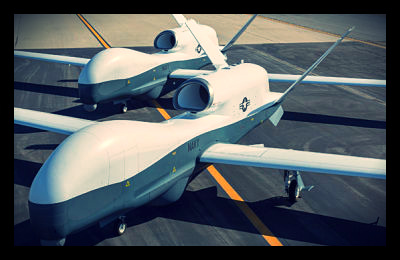 The Bureau of Investigative Journalism has released a comprehensive look at the United States’ drone program from 2009 to the present. Sketching its missteps and apparent successes, the United Kingdom-based nonprofit relates the story of the Barack Obama administration’s relationship with drones and brings clarity to an otherwise opaque issue.

Drone strikes began after 9/11, after the passage of the Authorization for Use of Military Force (AUMF.) This law enables the president to “take action to deter and prevent acts of international terrorism against the (U.S.).”

Since the act’s passage, both the George W. Bush and the Obama administrations have launched hundreds of attacks on foreign soil.

By their count, over 390 covert drone strikes have killed more than 2,400 people thus far since Obama took office. Targeting Yemen, Somalia and Pakistan. Both civilians and militants have been killed.

Barack Obama first made use of drones just three days after the start of his presidency. While initial reports deemed it a success, information gathered later indicated that at least nine civilians were killed in the strike while the one 14-year-old survivor was blinded.

Instead of hitting a Taliban hideout, as intended, the drone struck a family household, killing a tribal elder and members of his family.

Although Obama was reportedly dismayed by the news, he has continued using drone strikes in much greater excess than his predecessor, although with greater rates of accuracy.

Some argue that drones help more than hinder anti-terrorism campaigns. As one Air Force officer expressed in the New York Times, “using them to go after terrorists not only was ethically permissible but also might be ethically obligatory, because of their advantages in identifying targets and striking with precision.”

Beyond their perceived benefits, mistaken drone strikes still rattle those who consider them immoral. In 2006, CIA drones killed at least 68 children located in a madrassa, or religious school.

Last month, drones attacked a convoy escorting a bride to her wedding. The U.S. has yet to comment on an attack that killed more than 15 civilians.

In September 2013, a law professor’s study found strikes harm global security and encourage other states and terrorist organizations to likewise arm themselves with unmanned weapons. As interest and concern over drones grow and the debate over their moral and unethical merits rage, the U.S. will carefully need to consider the cost of its continued employment.