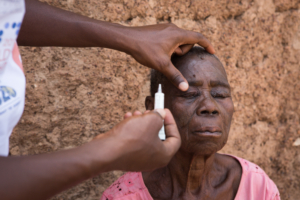 Neglected tropical diseases (NTDs) affect more than 1.4 billion people in 149 countries. These diseases flourish in areas of the world where there is a lack of basic sanitation, which means that the global poor have the highest risk of contracting them. These diseases are preventable and treatable, but due to a lack of resources and aid, millions of people still suffer from these diseases that can cause them to be disfigured, disabled and may even result in death.

However, with the help of several different organizations and national campaigns, many countries have successfully eliminated some NTDs, including trachoma, which is the leading cause of blindness in the world. Trachoma is a bacterial eye infection that affects the eyes and eyelids, causing the eyelashes to turn inward toward the eye leaving patients blind.

Here are three countries that have eliminated trachoma.

3 Countries That Have Eliminated Trachoma

These three countries worked for years to eradicate this trachoma and improve their citizens’ quality of life. The combined efforts of multiple organizations and governments brought medication, surgeries and public education to these countries toward achieving this goal. In addition to Ghana, Laos and Mexico, countries such as Cambodia, Togo, The Marshall Islands, Oman and Morocco have also made progress against this disease.

India’s Digital Transformation4 Books on Poverty: The Power Of Words
Scroll to top