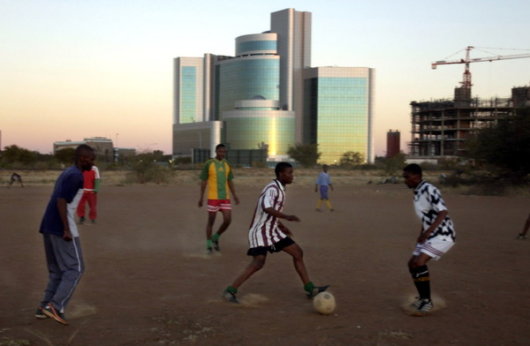 As our world becomes increasingly globalized, formerly developing nations are gaining access to new technology and experiences that have allowed them to jump leaps and bounds in the matter of a few years. This rapid evolution of a country’s standing has led to massive changes in the global community as a whole, but several countries stand out above the rest as strong contenders in the globalized market. Five countries on the rise can be found below:

Over the past year, Turkey experienced a growth rate of over 11 percent, one that surpasses even that of China. This nation has been able to foster its manufacturing and democratic systems gently even as the nations around it fell to the pressure of the global community’s demands. Turkey’s focus on exports has increased job availability overall and has drastically reduced poverty in the nation. Turkey has realized that the key to success is to focus on the happiness of its people, and with increased employment opportunity and decreased poverty, Turkey has set itself up to become a major world power.

According to a recent Brookings Metropolitan Policy release, Mexico City is one of the most economically vibrant cities in the world. The 12th largest economy in the world has become a hub for business, and through promotion of entrepreneurial spirit, it has experienced income and employment growth. All of this growth is steady because much of Mexico’s export profits come from the United States, which provides a steady dollar currency. Once a hub for crime and poverty, Mexico is quickly becoming a contender for one of the world’s strongest and happiest nations.

3. Democratic Republic of the Congo

For several decades, people have associated the Congo with horrible war, poverty, disease and death, but with the promise of a more stable government, things are beginning to look up for the Congolese people. Much of the war that takes place in the Congo is over its bountiful mineral fields, which provide vital minerals that are used in almost every electronic device today. Major companies buy their products from war-torn regions without realizing what their needs are doing to the people within, but with the recent increase in more conscientious shopping, companies are beginning to watch what they use. The promise of a stable government means a decrease in war, an increase in legislation, an increase in local miners getting mineral profits and an overall decrease in poverty throughout the DRC.

While India has been on the rise for quite a few years now, it continues to grow and develop, and with the second highest population in the world, it has set itself up to become one of the world’s new superpowers. India’s main asset is its tech abilities and manufacturing. Several companies have plants in India that create their products for export, and with the massive amount of manpower that India can provide, they find no issues arising. India’s poverty rates continue to decline and their education rates continue to increase and will continue to do so with the use of the U.N. Standard Development Goals, essentially creating a brighter future today.

Nigeria has long been thought of as the most developed country in Africa and has been cited in several speeches and talks by citizens and politicians as such. With the strong technology boom coming in from the West as well as the investment in Africa by foreign NGOs, Nigeria has set itself up to become the strongest nation in Africa. With a more stable government and a more united public it will become a force to be reckoned with in the global community.

While several nations, such as China and the United States, have long enjoyed the relaxation and innovation that comes with life on the top, it appears as though they need to slide over and make some room because these five countries are ready to join them.