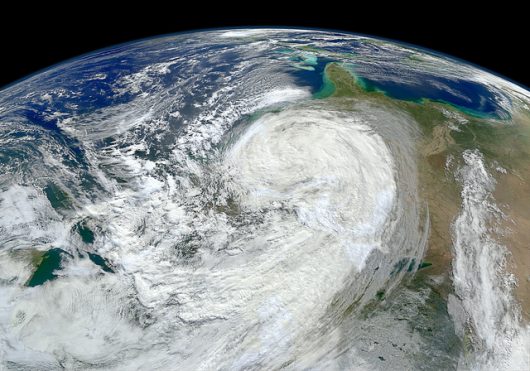 A tropical cyclone is a low-pressure weather phenomenon that can have surface winds of over 39 mph. When a storm has winds that get sustained over 74 mph, it becomes a hurricane. Hurricanes begin in the Atlantic basin and then less frequently in the central Pacific Ocean. These storms have devastating effects on the regions that they pass over and often destroy infrastructure and cause economic difficulties. Discussed below are the countries most affected by hurricanes and the damage they have endured.

Top 3 Countries Most Affected By Hurricanes

China is a country that suffers from hurricanes because its typhoon season lasts all year. The strongest recorded hurricane in China was named Typhoon Rammasun. It made landfall in Southern China and had winds of 160 mph when it hit the country in 2014. Since 1970, there have been over 127 hurricanes that have reached the mainland of China. They have caused significant damage to the country’s developing economy.

The United States has a hurricane season that lasts from June 1st to November 30th. The strongest hurricane that the U.S. has dealt with hit in 1935 and was called the Labor Day Hurricane. The storm had winds that reached about 185 mph and made landfall in the Florida Keys and the Florida Everglades. Since 1970, there have been 63 hurricane landfalls in the U.S. However, due to the United States’ strong economy and government support, there has been no lasting damage to the nation.

Cuba has a hurricane season that also extends between June 1st and November 30th. The strongest hurricane that hit the country took place in 1924 and was called the Cuba Hurricane. The hurricane had minds over 165 mph and mostly hit Western Cuba as it traveled up north towards the U.S. Cuba has had 79 recorded hurricane landfalls since 1970 and continues to deal with them to this day.

As time and technology have progressed, there has been much progress in predicting hurricanes in the countries most affected by hurricanes. Meteorologists can now predict weather patterns before they occur, allowing governments the time to evacuate regions about to be hit by an intense storm.

On top of this ability to predict weather patterns, meteorologists now have figured out when recurring hurricanes are expected to hit regions of the world. This prediction allows more people to evacuate before the storm hits.

As technologies improve and weather can be predicted further in advance, the countries most affected by hurricanes now have the tools to deal with these intense storms. Although the weather cannot get changed with the current technology available, the countries most affected by hurricanes can now foresee when they are going to get struck by a storm. This ability to predict the future has the potential to save numerous lives.

Why Is Armenia Poor?Solutions for Common Diseases in Belarus
Scroll to top