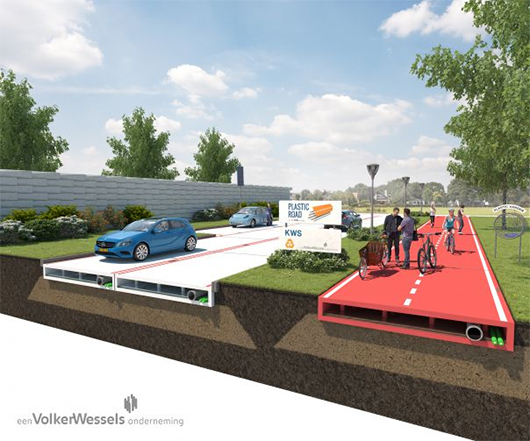 The U.S. is blessed with an incredible system of roads, highways and streets that for the most part seamlessly connect people across the country. In other countries, this is not the case.

Roads form the basis for economic and social activities, not only in the developed world but also all over the globe. They enable people to access doctors, markets and schools. Usually they carry 60 to 90 percent of all freight and passenger transport. It is for this reason that they are so important in development work.

Even with their importance recognized, most roads in the developing world are under-resourced and poorly managed. Because of this, somewhere between 30 and 50 percent of roads in developing countries are in bad condition. This ends up costing countries a ton of money: two to five percent of their gross domestic products go toward fixing the roads as well as increased vehicle operating costs.

Poor road quality was identified as an issue all the way back in 1988, and following a study that year, many different efforts started to improve the situation. A new one has surfaced today, however: using recycled plastic to build pieces that can snap together to form roads.

A company in the Netherlands, KWS Infa, has developed their “PlasticRoad” material using things like plastic. There are a multitude of benefits to building roads in the developing world using this material as opposed to asphalt.

The original intention of KWS Infa to develop a plastic road was because they would not break down as easy as asphalt when laid on poor soil, which is a widespread phenomenon in the Netherlands. While bringing this capacity to developing countries, plastic roads last as much as three times longer than their paved counterparts. To go along with this longevity is an ability to withstand a wider range of temperatures – -40 to 176 degrees Fahrenheit.

The roads also benefit the environment. Instead of filling landfills and the sides of roads with plastic that does not make it into recycling, it can instead be used to make road pieces. There is also the added benefit of reduced emissions that are involved with paving roads.

Roads made of plastic can be put into place much quicker than paved roads as well. Simply snap in place the Lego-like sections of the road and viola. Paving can take weeks and weeks. Part of the road is damaged? Simply change out the “Lego piece” section for another one.

India is an ideal place for plastic roads because of the ready supply of the material in the streets, on trees and in fields. Estimates say that around 15,000 tons of plastic waste are created in the country every year. But according to Rajagopalan Vasudevan, it’s a “gift from the gods” because it provides such a huge wealth from which to build roads. So far, only 3,000 miles of road have been laid in 11 states around India.

There are a few concerns regarding plastic roads. While the building blocks are hollow, allowing for pipes and electricity wires to run through them, there is concern with how this will work when only one segment of the road needs to be replaced. There is also concern about how well cars will grip to plastic roads. Only time and more implementation can decide whether plastic road’s positives can outweigh the negatives.