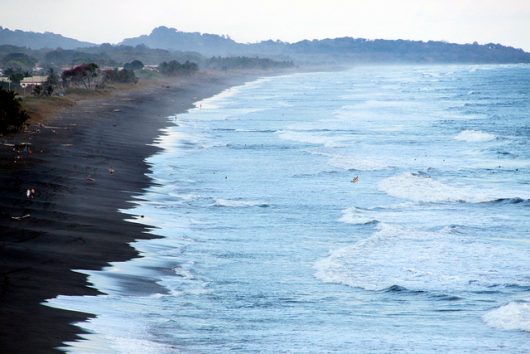 Costa Rica will become the first country to ban single-use plastics in an effort to meet its goal of eliminating them from the country by 2021. The ban will include straws, cutlery, bags, bottles and cups made from plastic.

Costa Rica has already been a world leader for environmental protection. The country has reversed its deforestation and doubled its forest cover from 26 percent in 1984 to 52 percent in 2017. However, one-fifth of the country’s 4,000 tonnes of solid waste produced daily is not disposed of correctly and ends up in the Costa Rican landscape and shoreline.

Costa Rica is not alone in its issue with plastic waste. According to the findings by the World Economic Forum and Ellen MacArthur Foundation in 2016, there will be more plastic than fish in the ocean by 2050 if current consumption and disposal trends continue.

More Than Just an Environmental Impact

Costa Rica plans to change how the country uses and disposes of plastics in an effort to help its environment and its people. Because the country’s economy depends largely on tourism, the move to ban single-use plastics will help with job creation and stability in the country as the landscape are improved and more ecotourism opportunities are produced. Citizens will be able to work at national parks, as well as in businesses that have an ecotourism model.

The Costa Rican government has made it clear that they believe this single-use plastic ban to be for the benefit of all people, not only for the environment. As a part of their larger Sustainable Development Goals, Costa Rica believes it is necessary to bring balance to all sectors — social, economic and environmental — in order to be a more egalitarian country.

In order to accomplish this, the country will establish a plan to accompany the new legislation. As Costa Rica phases out single-use plastics, the government will have measures in place that protect the people affected by the ban in social and economic ways as well.

According to the United Nations Development Programme, the plan Costa Rica is establishing for the ban of single-use plastics will be one “that cares for people’s health, ensures fair wages and equal opportunities for women and men, while taking care of forests and wetlands.” These are important steps in creating the sustainable balance that Costa Rica strives to achieve.

While this plan is yet to be released, Costa Rica will continue to be caring for impoverished people, providing equality in work between men and women as well as working to significantly better the environment in which its citizens live.

Once Costa Rica bans single-use plastics, they will be an example to the rest of the world for how environmental change can benefit not only the land in which people live but also the people living on the land.