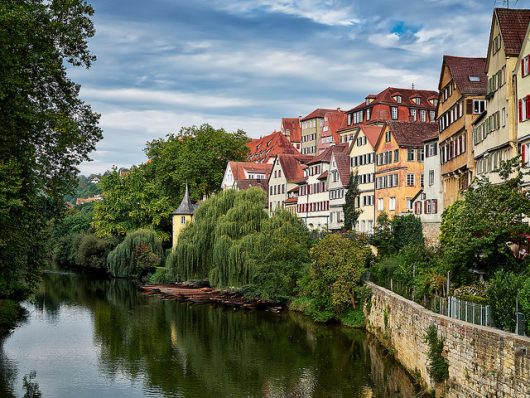 According to Expatistan, a website dedicated to calculating the cost of living and ranking countries in order of cost of living, Germany ranks 24th in the world in terms of affordability. It is fairly affordable to live in Germany compared to many of the other larger countries around the world. As opposed to the United States, the average monthly salary in Germany is just below the U.S. by a few hundred dollars, at 2,172 euros a month.

As of July 2017, the euro is equal to $1.15. As far as living expenses go, in order to rent a one-bedroom apartment in an outside city, rent is approximately 656 euros or $748.07 per month. A three-bedroom apartment in a more populated city bumps up the price to 1,261 euros per month, which is still cheaper than most major cities in the United States. It is the less expensive option to live outside of the city and live in the suburbs than the major cities.

For upper schooling in Germany, the average person spends around 850 euros on living expenses, possible schooling fees and health insurance. This is much less than what others in Germany pay on average per month.

On the whole, the cost of living in Germany is inexpensive compared to many other spots around the world, including the United States. Germany’s markets and living expenses are cheaper than many other places around Europe.