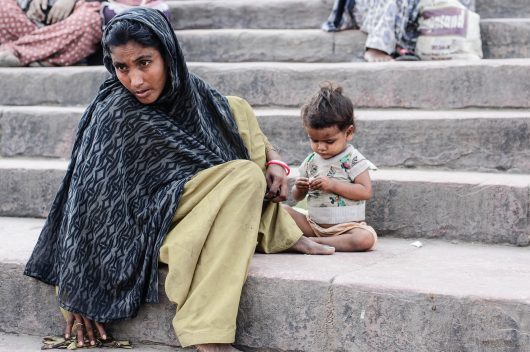 Chronic or long-term diseases are most common in low- and middle-income countries. The World Health Organization (WHO) states that poverty and chronic disease are “interconnected in a vicious cycle” in which the poorest are the most at-risk for dying. Here are three chronic diseases that affect the world’s poor in addition to suggestions from experts about how global communities can begin to address them.

According to a recent study from Circulation journal, high blood pressure is more prevalent in low- and middle-class countries than in high-income countries. The study reports that 30% of the global population suffered from high blood pressure, or hypertension, in 2010. Health officials call high blood pressure the leading preventable cause of premature death worldwide, with 1.4 billion people at risk.

Another connection between poverty and chronic disease is a group of diseases that are the number one global cause of death. About three-quarters of global deaths come from cardiovascular diseases in low- and middle-income nations. Often the poorest do not have access to health services that will detect problems with their health early on as those in high-income countries do. WHO reports the disease can even put pressure on low- or middle-income economies since they are expensive to treat.

WHO has identified that a few ways to reduce cardiovascular disease are to control tobacco use, tax foods that are high in unhealthy ingredients and provide healthy meals for school children. Other methods exist, including identifying and treating at-risk individuals as well as performing surgeries.

The National Center for Biotechnology Information (NCBI) reports those in poverty are at higher risk of bronchial asthma due to air pollution, modernization and construction work. Expensive and inaccessible health services and medications make the problem worse. Other factors like increases in poor diets and decreases in exercise add to the rates of asthma in developing nations.

The NCBI reports that many people are uneducated about asthma and misunderstand how to use medications and inhalers. It recommends that health authorities improve health education programs in order to teach patients how to properly use medicines to treat their asthma.

Although these diseases are only a few among many, experts believe poverty and chronic disease are complexly bound together and harm many of the world’s poor. Hopefully, with increases in global education and better health services, developing communities can begin to attack the everyday diseases that make life in poverty even more difficult.