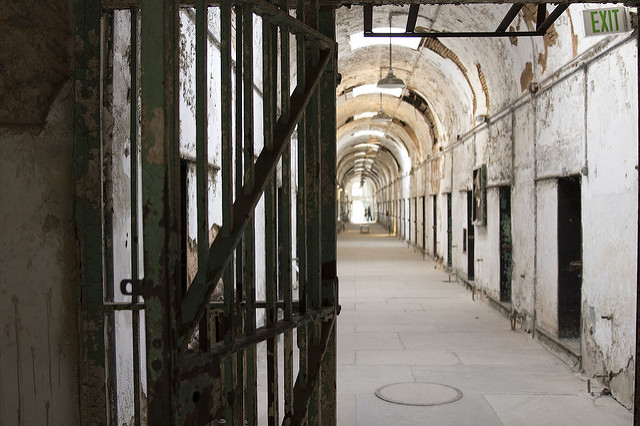 In many societies around the world, mass incarceration is rampant and disproportionately affects those living in poverty. In 2013, reports determined that more than 10 million impoverished people have undergone incarceration. This has led to a dampening of upward social mobility because even after prison convicts face the stigma of being a former felon, individuals who believed that their best option to rise from poverty was a life of crime will likely return to a community where their best survival option is criminal. A connection between prison and poverty emerges in developing countries where cyclical policies keep people at the bottom of the social hierarchy with no way out.

The Connection Between Prison and Poverty

Former U.N. Special Rapporteur on extreme poverty and human rights Philip Alston studied this prison-poverty connection. In 2018, he released his findings in a report that documented how overly harsh government policy can have a pronounced effect on impoverished offenders. Alston notes, “so-called fines and fees are piled up so that low-level infractions become immensely burdensome, a process that affects only the poorest members of society, who pay the vast majority of such penalties.” If someone fails to pay their debts, the government will often place restrictions on their driver’s license, making recidivism far more likely.

Brazil ranks as the country with the third-highest rate of incarceration, behind China and the U.S. Its prison population rises above 755,000. Like the United States, the developing country engages in pre-trial detention. Pretrial detention is the act of holding a person suspected of a crime without rights until a court date. However, poor people often stay in detention facilities longer than the wealthy. This is because they cannot afford the exorbitant cash bail that the wealthy can. A 2010 study found that hundreds stayed in jail several years past their planned release. Additionally, “irregularities” lead to the mistaken detainment of over 16,000 Brazilians. Pretrial detention inmates currently overcrowd Brazil’s prisons, which make up nearly a third of the inmate population.

The War on Drugs in Thailand

With the number of people incarcerated at 344,161, Thailand ranks as number six in the world when it comes to mass incarceration. Similar to Brazil, the country has its own struggles with prison and poverty. An unexpected explanation for Thailand’s overcrowded prisons is the American War on Drugs. In 1997, a financial crash forced many Thai people into unemployment. This economic despair led to an increase in the number of drug users. In 2003, the government chose to heavily police these now-impoverished citizens. While Thailand has backed away from violent crackdowns, the majority of arrests are still primarily drug offenses. To evade time in prison, wealthier people can pay the $1,300 in drug charges. In 2016, only 27% of first-time offenders managed to avoid recidivism, as those in poverty could not afford bail.

While the connection between prison and poverty seems deep-rooted, it is still capable of transformation. Organizations have worked to alleviate the flaws of prison systems throughout the globe through educational, political and relief efforts to break the cycle. Penal Reform International is one such group.

Founded in 1989 with a focus on rehabilitation, Penal Reform International (PRI) works with the United Nations and other organizations to advocate for fair treatment of people in the criminal justice system. PRI observes detention centers and offers solutions to systemic abuse. For example, PRI studied the lives of the female offender population in the country of Georgia. The report found that they detained over a third for non-violent drug offenses. About 40% of those questioned committed crimes for financial reasons, while 80% were also mothers. Among those who received a release from prison, more than half had trouble finding employment due to their record, while most never obtained any kind of rehabilitative assistance. Between 2016 and 2019, PRI created a project providing services to Georgian women prisoners. Services included legal aid, counseling, business grants and healthcare assistance. Respondents expressed that the project has greatly improved their mental wellbeing, preparedness and self-esteem.

Prison and poverty can intertwine when the prison system values money over people. Nevertheless, learning about these issues surrounding developing countries can shed light on the flaws in one’s own.