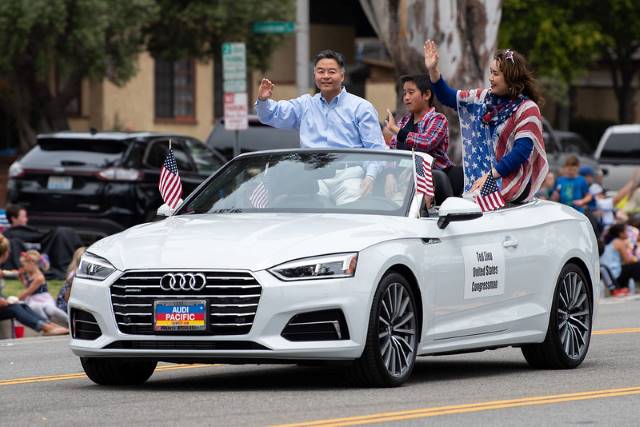 As a California representative, Congressman Ted Lieu has been a voice in the fight against global poverty and an advocate for increased foreign aid. The congressman raises awareness of global poverty in interviews and by taking action in Congress.

Congressman Lieu’s story is inspirational. He came to the United States at 3 years old when his family immigrated to the country. Initially, the Congressman’s family sold trinkets at the local flea markets but grew to own a gift store where Lieu worked. The family continued to expand its business to open several other stores. Because of his hardworking parents, Lieu attended Stanford University, receiving undergraduate degrees in Political Science and Computer Science and attended Georgetown University, receiving a law degree magna cum laude. After graduating, he served in the United States Air Force for several years and then worked at a law firm as a litigator.

Since California elected him in 2014, Lieu has been an active voice for national issues. Still, he has also found importance in addressing global issues such as global warming and global poverty. Recently, Congressman Lieu expressed how elections impact issues of extreme poverty. He looks at Congress as a powerful force for addressing global poverty since U.S. Congress controls how much aid the United States provides to other countries. Lieu believes in building a better world. There is also mutual benefit in foreign aid because investing in other countries improves U.S. national security and also strengthens the U.S. economy and diplomatic relations.

In an interview, Congressman Lieu presents how addressing climate policies can also indirectly help combat global poverty. Lieu points to how extreme poverty is affected by climate change the most because harsh weather and droughts make it harder for those in poverty to provide for themselves.

Congressman Lieu advises people to learn more about global poverty to see how they can contribute. He mentions finding a way to use one’s strengths to get involved, whether it be volunteering in foreign countries, volunteering with a nonprofit organization or donating to organizations focused on global poverty. Congressman Lieu sees his role in Congress as an important platform to address poverty on a global scale.

Congressman Lieu has voiced his opinion on global aid to his constituents and in Congress as well. He co-sponsored the Global Health Security Act of 2021, which focuses on addressing global diseases by forming a council that would focus on reaching U.S. commitments of aid to foreign countries. The congressman also co-sponsored the Robust International Response to Pandemic Act “to ensure international financial institution support for a robust international response to the global COVID-19 pandemic.” The act would also allow the use of Special Drawing Rights to allow foreign governments to obtain additional resources to finance their fights against COVID-19.

The Congressman raises awareness of global poverty in connecting with his constituents and in Congress with his vote. As seen with his sponsoring of bills in Congress, Congressman Lieu refuses to overlook the importance of international aid and encourages other global citizens to do the same.