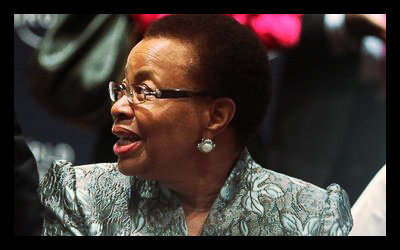 In the first newborn health conference, international healthcare organizations are pleased with advancements to improve the health of newborns in developing countries. These organizations include the United Nations Children’s Fund (UNICEF), the US Agency for International Development and the Bill & Melinda Gates Foundation. Although newborn deaths, malnutrition, and stunted development are beginning to decrease, representatives of aid organizations say that more support is needed.

Attendees of the conference are planning to release a “global action plan” in the upcoming year to present a strategy for even further reducing these newborn deaths. With this new call to action, we can hope to see the current statistics for newborn deaths and illnesses continue to decrease.

Unfortunately, newborn deaths are all too common in the developing world. In 2011, approximately 20,000 newborn babies died and, in 2009, there were over 22,600 stillbirths in South Africa. The global statistics are even more shocking. 60.9 million children died in 2011 and, of these, 43 percent of deaths occurred during the first four weeks of life, three million died within a week, and two million babies died the day they were born.

Graca Machel, the wife of Nelson Mandela, spoke urgently on the subject. She pronounced the issue of newborn health to be a top priority for UNICEF. “Too many of our newborn children here in Africa are dying too early. We are not reaching the targets we have set ourselves in the (UN) Millennium Development Goals. The issue of newborn health has long been a hidden challenge,” she said.

All organizations involved remain committed to working together to reduce newborn death rates through research and by working with the agriculture department to address malnutrition, the cause of stunted growth. The groups also plan to implement programs on training midwives and newborn healthcare education. Together, UNICEF, USAID, and the Bill & Melinda Gates Foundation hope to change the lives of millions of new babies.