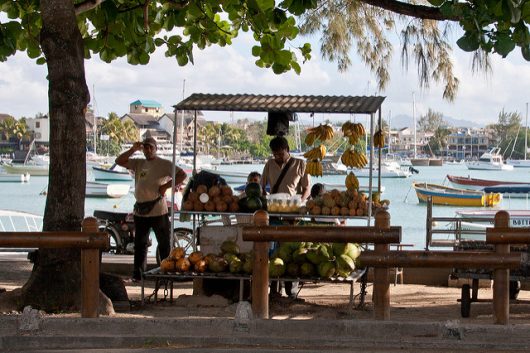 Located in the Indian Ocean off the coast of Southern Africa, Mauritius is an archipelago that is only about 500 miles east of Madagascar. At almost 11 times the size of Washington D.C., Mauritius was first explored by the Portuguese in the 16th century and subsequently settled by the Dutch. With a life expectancy of 74 years for the country’s 1.2 million inhabitants, the most common diseases in Mauritius that are life-threatening are non-communicable.

According to Commonwealth Health, “non-communicable diseases (NCDs) in Mauritius accounted for an estimated 87 percent of all mortality in 2008.” The most common diseases in Mauritius are cardiovascular diseases, which accounted for 36 percent of total deaths across all age groups in 2008. Diabetes, cancers and non-communicable variants of respiratory diseases contributed 23 percent, 12 percent and five percent to total mortality, respectively.

Cardiovascular diseases, “diabetes, urogenital, blood and endocrine diseases”, and cancer are considered the deadliest overall, with ischemic heart disease, diabetes and cerebrovascular disease in the lead.

Ischemic Heart Disease, also known as coronary artery disease, involves a decreased blood flow to the heart. It was considered one of the deadliest common diseases in Mauritius in 2015. In 2014 alone, the diseases caused 1,148 deaths. Cerebrovascular disease, caused by damage to the brain from interruption of blood supply, was the third most common disease in 2015. Fortunately, the disease has decreased in prevalence by 9.5 percent since 2005.

Diabetes, a disease of permanently altered insulin levels and blood sugar was the second-highest cause of death in Mauritius as of 2015. In 2005, diabetes was only the third most common cause of death, but throughout the decade, deaths from the disease have increased in prevalence by a staggering 65.1 percent. This is due, in part, to recent changes in dietary habits with the introduction of fast food and lack of exercise as well as genetic predisposition.

Obesity, caused by diet and lack of exercise, can also play a role in diabetes. The prevalence of obesity has increased from 16 percent in 2009 to 19.1 percent in 2015, with approximately 398,417 Mauritians being overweight or obese.

Conscious of the growing health concern, the Mauritian government has established a National Service Framework for Diabetes. The goal of the organization is to lay out strategies for prevention and standards of care to be implemented.

The common diseases in Mauritius can be found in any country. While some diseases are unfortunately hereditary, there are ways of managing health to reduce the risk of non-communicable diseases. By making conscious lifestyle changes, such as exercising and maintaining a healthy diet, the risk of diseases such as heart disease and diabetes can be effectively reduced.

Revitalizing Development With Resourceful EntrepreneursWhat is Genocide?
Scroll to top