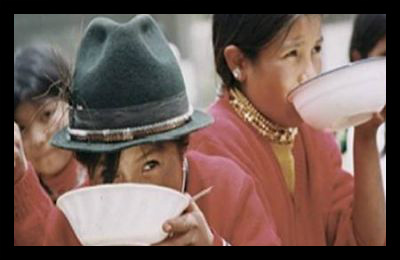 Malnutrition is devastating Bolivia, with over 75 percent of households lacking access to basic food items. Conditions are much worse in the indigenous and rural communities, especially among children and pregnant women. Almost a quarter of Bolivian children suffer from hunger, while one in three children under the age of five suffers from stunting — a result of chronic malnutrition. Bolivia has the second-highest stunting rates in Latin America and the Caribbean, indicating the urgent need for food security solutions.

Furthermore, among women of childbearing age, nearly 27 percent are considered so anemic that they are at risk of passing iron deficiency to their unborn children. Anemia is often the result of poor dieting, which in certain parts of Bolivia is based on cheap carbohydrates such as rice and other starchy foods high in fat.

In response to this long-standing reality, the Government of Bolivia established a National Zero Malnutrition program in 2006 to combat severe malnutrition among the most vulnerable populations. The nonprofit organization Action Against Hunger has taken on parts of the plan and has aimed to provide long-term food security and agricultural support while strengthening the healthcare system to better serve children who are chronically malnourished.

In addition, the organization has provided sustainable solutions for Bolivia’s ongoing drought problem. In 2010, the country was facing a severe drought that caused widespread water scarcity and staple crop damage. Action Against Hunger immediately secured water supplies for over 50 communities, while also helping over 4,000 farmers retool their destroyed harvests. Moreover, the team is working on community-based agricultural projects in Rio Grande’s lower basin, and other areas prone to drought, by promoting techniques that maintain soil moisture and avoid soil destruction. Some methods include demonstrating proper crop rotation techniques and teaching ways to overcome livestock overgrazing. These projects are already making great strides in combating malnutrition in Bolivia and are paving the way to a healthier and more prosperous country.