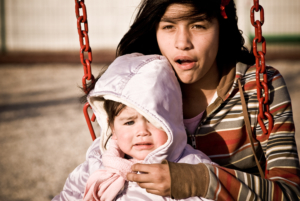 In 2018, estimates determined that 42% of the Mexican population was living in poverty. This figure indicates that about 52 million people in the entire nation lived in poverty. In 2015, Chiapas continued to be the poorest state and Oaxaca the second poorest, with poverty rates of 76.2% and 66.8% respectively. An organization based in the state of Vermont called VAMOS! helps people struggling with poverty in Mexico.

Since its founding in 1987, VAMOS! has provided residents with education, food, health services and much more for free in the state of Morales. Recently, The Borgen Project was able to speak with Executive Director Sean Dougherty about the origins and successes of VAMOS! Sean got involved with the organization because his partners were part of the founding board. He says he enjoys being part of the organization because he loves hearing about the impact it has made on families.

Only 62% of Mexican children reach high school and only 45% complete their high school careers. About 38% of men and 35% of women in Mexico are uneducated and unemployed. Overall, their education rates are lower than most other Organisation for Economic Co-operation and Development (OECD) countries.

VAMOS! helps those struggling with poverty in Mexico to alleviate this issue by providing access to quality education, especially in the areas of Early Childhood and Primary Education.

“Education is the single-most-important driver of economic empowerment for individuals and communities,” Dougherty said. “Educated parents are able to earn an income and feed their children. Children who complete primary education are more likely to achieve food security as adults and end the cycle of poverty in their generation.”

A recent U.N. study shows nearly 14% of Mexican children under five years of age experience stunted growth. This concept means that these children are slowed in their development, often as a result of malnutrition, according to Dougherty. VAMOS! helps people suffering from poverty in Mexico by providing food to many families every day.

“VAMOS! Nutrition Programs operate in each of our ten Community Centers and provide a necessary and important addition to the daily diet of the poor we serve,” Dougherty said. VAMOS! serves more than 140,000 meals a year, and hosts many clean water and vitamin programs that provide a measure of food security for affected families. The organization has also managed to erase malnutrition among families that regularly visit VAMOS! centers.

“On a daily basis, in our 10 community centers throughout Cuernavaca, VAMOS! is trying to create a space of love, dignity and respect for anyone and everyone who walks through our doors,” Dougherty said. “We do this by greeting everyone, welcoming each child, listening to their mothers and making sure that every child knows that they are important and that they deserve a future filled with opportunities and love.”

VAMOS! aids those wrestling with poverty in Mexico by aiding, on average, 800-900 kids and more than 400 mothers per week. Since its founding, the organization has served more than 3 million meals. One thousand two hundred people visit its centers per day and the staff has grown to more than 250 members to accommodate them.

According to Dougherty, VAMOS! hopes to expand its reach to further benefit people battling poverty in Mexico.

“In our most recent surveys, our students and mothers are asking for English classes, job training, small business development, certification in computer business skills and additional programming for teens,” Dougherty said. “These are the areas we will be concentrating on as we continue to expand our programs in the near future.”