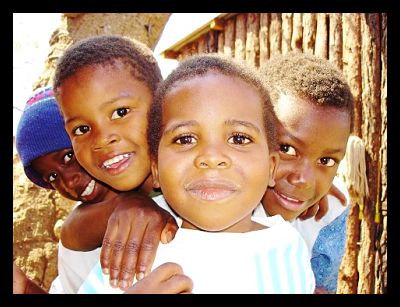 Swaziland, a small landlocked country in Southeast Africa, is considered a lower middle-income country. However, poverty is rampant in its rural areas, where two-thirds of the population are unable to meet their basic food needs and per capita income is four times lower than in urban areas. Wealth distribution is also severely skewed. The top 10% of the population account for almost half of overall consumption, and this discrepancy is growing.

The government and aid organizations have found that supporting small-scale farmers helps combat rural poverty in Swaziland. The country’s economy is largely based in agriculture, though the nature of the industry is dichotomous. On on hand, there are TDL (Title Deed Land) farms: large-scale, privately owned commercial farms that specialize in cash crops such as sugarcane, citrus fruits, and timber. On the other hand, there are SNL (Swazi Nation Land) farms. These small-scale farms are made up of land owned by the government, which the King grants to regional Chiefs who distribute it as they see fit. They are almost all subsistence farms of about one hectare and make up the large majority of Swazi farmland.

The heavy dependence on subsistence farming renders the stability of the country and the well-being of its citizens reliant on weather conditions, which are unpredictable and recently unkind. Major droughts in 2004, 2005 and 2007 led to severe food insecurity in Swaziland. This insecurity could be minimized if small farms became more profitable by diversifying the crops they grow and farming more efficiently. Because SNL farms are largely subsistence-based, they usually grow only maize. While this provides food to the farmer’s family, it does not yield as much income for the family as perennial products or market vegetables would. Even when growing maize, more efficient techniques could be used to increase yield on these small-scale farms.

There are a few obstacles when is comes to the development of SNLs. For example, SNL farmers are hesitant to invest heavily into their farms because they do not actually own the land, and Chiefs have the right to take it from them as they see fit. Even if these farmers are willing to invest in their land, financing is difficult to come by. Formal financing programs often leave small farmers out of the equation, so they don’t have access to the necessary funds to invest in their land. Another complication concerns the way cattle are treated in Swazi culture. Cattle are given free rein of the land around them. They roam liberally and may graze anywhere without direct cost to the cattle owner. This leads to overgrazing, which create problems like soil erosion and land degradation — all of these make life difficult for farmers.

The Swazi government’s Ministry of Agriculture is working to revamp the country’s agricultural system with support from the UN’s International Fund for Agricultural Development. The commercialization of Swazi agriculture is seen as a means to decrease poverty and increase food security, especially in rural areas. Another goal of this policy is to create a more equal balance of wealth between the country’s rich and poor. They plan to complete this overhaul of the agricultural sector of the economy by writing and enforcing necessary legislation, and commercializing and diversifying smaller farms. As these smaller farms become more efficient and profitable, they would then hire more workers and be in need of transport and trading services. In these ways, the growing farms would further contribute to Swaziland’s overall economy.

While the development of SNL farms is not expected to solve Swaziland’s rural poverty problem completely, it is an excellent example of a poverty-reducing measure that empowers the people.