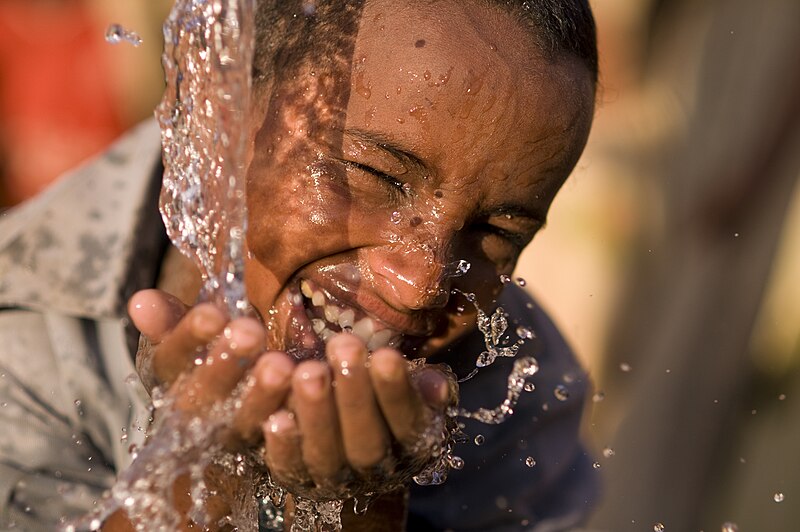 On January 10, 2020, Zeke Delgado journeyed down a narrow dirt road to a rural Rwandan village, two hours from the capital city of Kigali. Delgado had visited the village of Ngenda once before. This time, he sought to improve access to clean water in Rwanda by building a $25,000 well.

Jean Hajabakiga acts as a liaison between U.S. native Delgado and the isolated African village. Following the Rwandan genocide of 1994, Hajabakiga relocated to Canada for several years before returning to his home country to mitigate extreme poverty. In 2017, Hajabakiga visited Twain Harte, California to share his story with Revive Warehouse Ministries, where he motivated Delgado to join a handful of other men on their first mission trip to Ngenda.

Beyond spreading the Christian gospel, the mission trip aimed to promote clean water in Rwanda. In an exclusive interview with The Borgen Project, Delgado elaborated on the logistical barriers to sanitary drinking water. He explained that “It takes two to three hours to get water from a creek near the village. The water that they do get [from the creek] is dirty, and it’s difficult to burn out the bacteria by boiling it.”

The challenges regarding water access in Ngenda exist throughout the country. According to UNICEF, 43% of the Rwandan population lacks access to clean water within 30 minutes of their home. Consequently, children give up critical time in school to gather water for their families.

Beyond logistical problems, Delgado observed how contaminated water gives way to other complications related to health. He recounted, “Because of the dirty water, the kids’ stomachs were full of amoebas and parasites.” In fact, on a global scale, the World Health Organization (WHO) traces nearly half a million diarrhea-related deaths to unsanitary drinking water. It can also spread diseases such as cholera, typhoid and polio.

In 2018, Hajabakiga led his team in constructing a roof on his church that caught approximately 30,000 gallons of rainwater annually. The roof water proved beneficial to the villagers’ health and resolved the need to drink from the distant, contaminated creek. Yet, because the roof relied on rain, dry spells limited the consistency of a clean water supply.

In 2009, the Rwandan government confirmed the issue with climate-dependent water sources. The Rwanda State of Environment and Outlook Report state that “people’s livelihoods are vulnerable to climate variability,” especially in situations where water resources depend on rainfall.

Thus, Hajabakiga compelled his American missionaries to return to Rwanda in 2020 to drill a village well. The well enabled the installation of several toilets, eight showers and a steady source of drinkable water.

The Positive Impact of the Water Well

Delgado celebrates the success of the completed effort, asserting, “Water is life. That’s number one. If you don’t have water, you can’t live. With running water, they have access to showers, toilets, and clean water that improves overall hygiene.”

Though Rwanda continues to suffer from widespread poverty and limited water supplies, small-scale efforts by passionate individuals like Delgado and Hajabakiga offer sustainable solutions. In Delgado’s words, “It’s amazing that for $25,000 you can save so many lives.” He hopes to return to Ngenda every other year to continue promoting access to clean water in Rwanda.