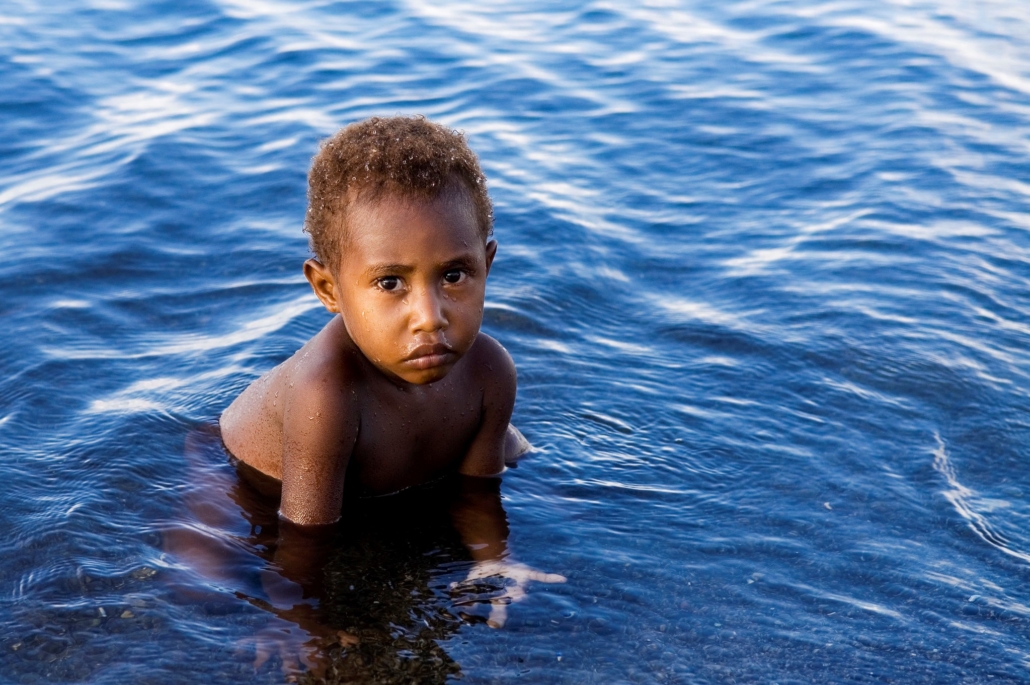 Nestled on the eastern coast of the Island of New Guinea, just north of Australia, Papua New Guinea is home to the third-largest rainforest, over 839 spoken languages and countless commodities like cocoa, coffee and palm oil. The country boasts a diverse topography ranging from coastal towns and river valleys to mountainous highlands. The tribal communities within its borders are as diverse as the landscapes they inhabit. However, there is a lack of clean water in Papua New Guinea.

Despite its ecological diversity and recent economic development, the country still lacks one of the most vital resources of all: clean water. The consequences of the clean water and improved sanitation facility shortage are both dire and systematic. This affects current populations and the future prosperity of the country. The country ranks second-lowest in access to safe water in the world because of its wide range of challenging geographies which make accessing some rural areas nearly impossible. According to the World Bank Systematic Diagnostic, only 13 percent of rural areas have access to improved facilities. In addition, only 33 percent of rural areas have access to clean water in Papua New Guinea.

Rural areas experiencing substantially lower levels of access are more vulnerable to waterborne illnesses such as dysentery, cholera, malaria and diarrhea. These illnesses are leading causes of the high infant mortality rate, which according to UNICEF’s most recent estimate is about 38 deaths per 1,000 live births. According to 2016 estimates, the mortality rate of diarrheal diseases from exposure to unsafe WASH services is 16.3 per 100,000.

Even in less severe instances, these shortcomings cause malnutrition and stunted growth. It is also a cause of socioeconomic obstacles such as lack of education due to infection. Additionally, this leads to reduced social mobility for communities in rural areas.

The prevailing means of getting water is to carry it up from the river in jerry cans. This can be time-consuming and often dangerous for the women and girls burdened with the task. Some larger institutions with adequate roofing such as the Madan Coffee Plantation, hospitals and various schools are equipped with rain catchment systems. Those institutions will occasionally allow surrounding communities to access the water reserves at certain times during the day. The dry season lasts from June through September, during which even these communities rely on the river to supply their water. Larger water systems may also include sky hydrants. The sky hydrants utilize piping to bring water up from the river before sending it through a filtration system. Then, it will send the water back down to the communities in need. These systems are far less common as they require substantial financial resources for initial investment and cost of maintenance.

Lack of improved sanitation facilities is even more widespread and arguably more detrimental to the health of Papua New Guineans since many will take to the river as an alternative. When the Borgen Project interviewed Laura Elizabeth Combee, a nurse who volunteers with Water Hands Hope, about the water conditions in the highlands of Papua New Guinea, she said that “You just see people living in bamboo walls and you see people carrying water from the side of the mountain. And maybe the water is fine, but what are the people on top of the mountain doing? Do you know? So, you don’t know what is contaminating the water.”

One of the most effective alternatives is ash and hay toilets or composting toilets. This catches excrement in two separate compartments before respectively covering them with either ash or hay. This process allows for more sanitary water sources and allows populations to use the remnants as a fertilizer for agricultural purposes. While highly efficient, the use of these is not widespread as there is a lack of information and knowhow.

One of the organizations working to remedy the shortage of clean water in Papua New Guinea is Water Hands Hope. Founded in 2014, the mission of this small Honolulu-based NGO is to use a network of local communities and volunteers to develop and implement WASH infrastructure, deliver community-based educational services and provide medical assistance and clinical work.

Laura Elizabeth Combee uses her medical knowledge to promote, educate and report on water sanitation in rural areas of Papua New Guinea. Two regions in which she volunteers are the Wagi Wan community surrounding the Madan Coffee Plantation and the town of Kundiawa, both located in the highlands of Papua New Guinea.

During educational sessions, Water Hands Hope advises participant groups to boil water. This process would rid it of any parasites, viruses and protozoa. Additionally, it is the leading cause of waterborne illnesses.

Returning participants aware of the risks associated with unsterilized water grieve that without electricity, they often have to complete other more pressing tasks during the limited daytime, such as tending to the gardens for nourishment or working on the plantation. Lack of electricity is one of the main developmental obstacles that people in the country face.

Even if water systems are in place, there are plenty of hindrances that might deny people access to clean water in Papua New Guinea. Sometimes people have limited water access due to a lack of maintenance or a piece going missing and causing the whole system to be dysfunctional. Other times, the reasons might be because of culture or tradition.