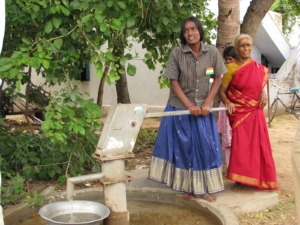 In India, despite the country being the second most populated in the world, less than half of the population has access to clean drinking water. This barrier brings a heavy toll. Aside from the humanitarian cost, UNICEF estimates that diseases from unsanitary drinking water cost India $600 million each year. Contamination of drinking water, as well as the depletion of natural groundwater, has plagued the Indian government’s attempts to expand water access to its citizens. The two main chemical contaminants of water in India are fluoride and arsenic. According to UNICEF, 1.96 million homes in India have chemically contaminated water. Although the United States has disbursed approximately $110 million to India in foreign aid, foreign assistance is not the only way India is hoping to combat water insecurity. JanaJal, a New Delhi-based water purification company, has made strides toward providing clean drinking water in India.

A flagship initiative from Supremus Developers, brothers Parag and Anurag Agarwal launched JanaJal in 2013 with the mission to provide clean, safe drinking water in India. In its nine years of existence, according to its website, JanaJal has:

JanaJal prides itself on being “technology agnostic,” which means they are not bound to one specific technology to attain its goals. This allows the company to be flexible and cater to the needs of specific areas across India.

According to water.org, 91 million people lack access to safe water in India. Part of the issue is fecal contamination. Approximately 15% of the population in India openly defecates, which leads to fecal matter ending up in water sources. Additionally, 62% of Indian households do not treat their water, with treatment less common in rural areas. Waterborne illnesses infect roughly 37 million Indians each year, according to the World Health Organization (WHO).

In rural communities without access to water supplies at home, the burden of water collection often falls on the women of the families. In 2018, 40% of girls aged 15-18 were not in school, many of them burdened with housework and supporting their families, including the task of gathering water. Women empowerment is one of JanaJal’s four success metrics. In 2020, 40% of JanaJal businesses were women-owned, a statistic the company hopes to increase to 50% by 2024. JanaJal’s business model has helped empower women by allowing them to become entrepreneurs running local Water ATMs.

Water ATMs are exactly what they sound like: an easy access point to vend safe water. In 2020, JanaJal had 755 water ATMs and safe water access points across the country. Each water ATM can dispense up to 15,000 liters of water a day. Additionally, the water ATMs can dispense water in a variety of amounts depending on the need. JanaJal’s newest initiative may be their most impactful yet as the company expands.

Delhi, where JanaJal is headquartered, recently approved the implementation of seven Water on Wheels (WOW) within the Badarpur area. Water on Wheels is a custom-built electric vehicle with GPS technology to deliver water to the doorsteps of houses. WOWs have been quickly proving their worth, as they were one of five technologies that the Indian government recommended for its states and union territories to implement.