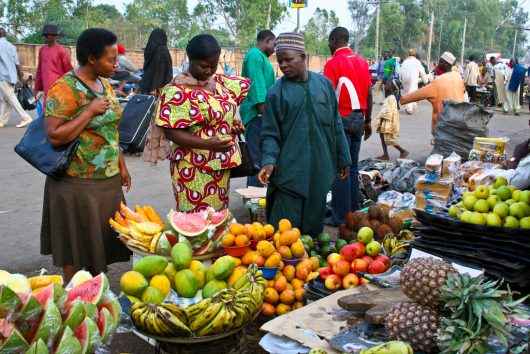 Chowberry is an app combating hunger and food waste in Nigeria. The app was invented by Nigerian software developer Oscar Ekponimo. According to the Nigerian Tribune, Ekponimo has partnered with the program Project FoodAccess to connect impoverished Nigerians and non-governmental organizations with cheap food.

Chowberry works through several steps. The first step involves local grocery stores. As the store’s food products near their expiration dates, the stores begins reducing the food prices each day. The app alerts Nigerians and food organizations about the lowered food prices. Project FoodAccess specifically matches the food with families they register need it the most. These include families with young mothers and female breadwinners.

Chowberry helps to alleviate the problem of hunger, which affects Africa as a whole and Nigeria in particular. According to the United Nations Food and Agriculture Organization, 223 million people in sub-Saharan Africa were hungry or malnourished from 2014 to 2016. Nigeria itself has been declared unable to feed its entire population by the World Food Programme.

Ekponimo himself has a personal experience with hunger. After his father had a stroke and could not work, his family could not afford to feed themselves. Chowberry has given Ekponimo the opportunity to help others going through similar situations.

The app has had a significant impact within different areas in Nigeria. The three-month trial run has fed 200 families and 150 orphans. Many Nigerians have requested that the program expand to more communities.

Chowberry also has assisted the 20 participating grocery stores. Food that would have been thrown out before now gets sold to families in need at a profit to the store. The helpful software has gained international recognition as well, winning the Rolex Award of Enterprise in 2016.

Ekponimo hopes that he can expand Chowberry to feed the hungry in other African countries. With continued innovation from people like Ekponimo, technology like Chowberry could be used to help put an end to hunger in Africa and around the globe.