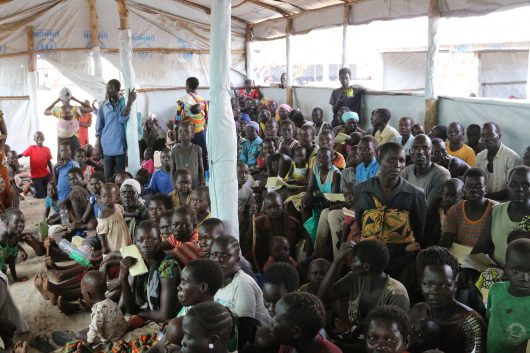 There has been a stream of refugees to Uganda due to the violence in the Democratic Republic of the Congo and Republic of the Congo. The majority of the individuals who escape the brutality in those countries oftentimes find their way into the neighboring state of Uganda.

Killings and burnings of people’s homes are just a few reasons the Congolese are deciding to flee. Determination to evade the violence comes also with a sense of urgency for the Ugandan government and the people, even though there may be downfalls in the process.

The people of Uganda have recognized both their intake of refugees, and also the refugees’ individual issues. Ever since these people entered the country, there has been an outbreak of cholera in Uganda. This is a bacterial disease that can be contracted by drinking contaminated water and, if not treated properly, can be fatal. Since this disease is highly contagious, it is spreading rapidly throughout the country.

Most of the people coming from the Congo are screened but, unfortuantely, they are oftentimes already contaminated with the bacteria that leads to cholera at the time of their screening. “We are not doing enough to respond first,” said David Alula of Medical Teams International. “More attention needs to be paid to address the situation.”

Medical professionals understand that the situation occurs more widely and at a larger scale in the Congo, but 36 refugees have died thus far from the highly infectious disease.

The Ugandan government is doing everything it can to assist its people as well as the refugees experiencing the cholera outbreak. The nation’s head is working on emphasizing water treatment, staff recruitment to allow more people to be treated appropriately and the factors of what may have caused the severe outbreak of this disease.

“We had not planned for this kind of sickness all along. Everything is being doubled on the ground, and more efforts are [being] put in place to make sure it’s contained,” stated the Ugandan official in charge of Kyangwali, Jolly Kebirungi. It is quite remarkable to see the efforts that the Ugandan government is putting forth to help out; it treats the refugees as they would their own citizens. It shows a sign of unitedness and care that can lead to an ultimately more stable community.

“In Uganda, refugees are accommodated not in tented camps but in settlements, where they are allocated plots of land that they can farm and build their homes on.” Once Uganda accumulates enough power to ensure health and safety regulations through its medical professionals, the nation will have what it takes to contain and eradicate the disease in this region.

The main priority for Uganda is to maintain the well-being and safekeeping of the refugees they let enter the country. This strategy will lead to a nation of respect and will allow the country to prosper.

How the Media Misrepresents Afghanistan: A Limited Portrayal How the US Benefits From Foreign Aid to the Central African Republic
Scroll to top