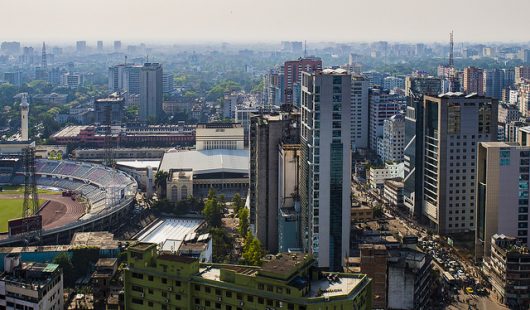 Vibrio cholerae, more commonly known as cholera, is a virulent bacteria that causes the body to flush all available liquids into the intestines. Those infected with cholera suffer from violent bouts of diarrhea and vomiting, and without treatment the sickness will likely be fatal. Symptoms can worsen quickly and organ failure can ensue within hours of the patient beginning to feel sick.

Cholera is treatable, and after years of research, there is now an oral cholera vaccine (OCV), which can be used to provide immediate, short-term protection from the disease. In the case of an outbreak, this vaccine can give aid groups enough time to improve access to clean water and sanitation before the disease has a chance to spread. Cholera is present in 70 countries worldwide, putting over one billion people at risk of contracting the disease.

In the 21st century, there has been a World Health Organization (WHO) initiative to stockpile OCVs in case of an outbreak. Creating the stockpile of vaccines has drastically improved the ability of aid groups to respond to crises quickly and effectively. For example, when Haiti was struck by an earthquake in 2010, there was a devastating impact on the nation’s infrastructure, greatly limiting the availability of clean drinking water. The WHO’s stockpile of vaccines was a blessing for the Haitian people, who were facing the threat of a full-scale cholera outbreak.

Cholera was first discovered in 1817, when the British East India Company sent explorers into the isolated swamps of southern Bangladesh. It was this first emergence of cholera that led to the global spread of the bacteria, which is contracted through contact with feces, usually through contaminated drinking water.

Bangladesh has been the epicenter of the fight against cholera since the emergence of the disease, and in 1960 the United States government founded the Cholera Research Laboratory in Dhaka, Bangladesh. This facility has since been renamed the International Center for Diarrheal Disease Research (ICDDR, B) and has been credited by the WHO as having saved the lives of 50 million Bangladeshi citizens suffering from cholera or diarrhea-related illness.

The ICDDR, B treats 220,000 patients a year, most of whom recover within a few days (young children are at higher risk and tend to require longer treatment). Patients at this facility lie in “cholera cots,” which is a euphemistic way to describe a cot with a hole in the center and a bucket underneath.