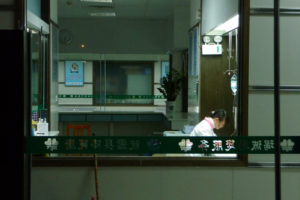 China is now in its 13th five-year plan to improve its overall healthcare system, and it’s maintained a steady momentum so far. Universal health coverage has now taken center stage in the country as nearly 95% of citizens have some form of basic health coverage. China’s healthcare reform in 2020 reform is coming to a close and it is a far cry from the 1970s. The next projected reform to continue the expanded coverage seen in years prior and to optimize the quality of care for greater access will be in 2030.

During 1978, China underwent a period of transforming its economy to a socialistic market model, and as a result, its healthcare system shifted through two reform cycles. The initial cycle focused on funding via market forces to provide care, yet this came at the cost of higher hospital fees and low-quality services. Many became impoverished as the cycle took a toll on those with severe health concerns and rural populations.

In 2003, the government took on a series of health reforms to alter the state of the healthcare landscape. China’s healthcare reforms meant that social health insurance assisted the uninsured, which accounted for 75% of the populace. This effort aided urban workers and rural citizens alike. 2012 marked a significant stride as 95% of China’s population now had some form of basic healthcare. Ten years later, the country went through another transition in 2013 to return to a market influence on healthcare.

In 2016, the World Bank Group authored a report to address the reforms in China, which called for a more cost-effective healthcare system with a higher standard of quality. In turn, a massive study “was undertaken jointly with the World Health Organization (WHO) and three Ministries of the Chinese Government.”

As a result, the study determined that China had to change to a “primary-care centered an integrated model with provider payment reforms” to achieve desired healthcare reform results. If the country did not adhere to the study, it would increase its health spending drastically from 5.6% to 9.1% over the next twenty years.

China’s healthcare reform for 2020is yet another effort to transpose China’s previous efforts with those “below the poverty line.” A big focus will be providing basic healthcare to those living in rural areas to match the national average and to alleviate the burden of those in poverty due to healthcare expenses.

For example, this endeavor will increase hospital capacity and allow for investments in private hospitals, improved training for nurses and staff, optimize the grassroots level medical centers, better integration of medical technology and full comprehensive healthcare coverage is the goal set for the new reform.

Moreover, the primary focus was on implementing universal basic healthcare to more than 1.3 billion Chinese citizens as part of the new reform, but the entire system is going to see further changes. As of March 2018, the People’s Congress has outlined a plan “to improve efficiency and public services.”

Thus far, China has seen improvements from previous reforms as 1.35 billion participating in the “basic medical insurance program” in January 2020. The new healthcare model now insures 95% of Chinese citizens. Moreover, 72 drugs are now at a reduced cost under the insurance catalog as of November 2019, and a shortage prevention system is to ensure adequate drug supplies are in stock.

New service models will allow patients to withhold out of pocket expenses so that patients may receive treatment first. These provisions are possible through public funding of basic medical insurance, yet residents have the option of enrolling in an “Urban-Rural Resident Basic Medical Insurance” program through government subsidies. The plan covers all basic elements of hospital care as well as prescription drugs.

Dependent on the insurance plans, citizens are no subject to various copayment and deductible options. For individuals who are unable to cover the out-of-pocket costs, medical assistance programs are available through government-funded donations.

Beyond the 2020 reform, China has its sights set on the 2030 healthcare agenda, which has 20 departments formulating what is next. This plan will further expand the healthcare sector to make it a much larger proponent in the economy by vastly improving the quality and reach of care across China.

Health equity is the driving force behind what is to come in 2020 with strides already conducted to ensure that goal. These efforts have already extended health coverage to the rural regions with “less than one-third of China’s population” having direct access to healthcare. Furthermore, the ongoing development with healthcare and traditional medicine will serve a role in maintaining chronic illness and disease prevention. Healthy China 2030 will be the initiative that takes the current healthcare climate to new heights.