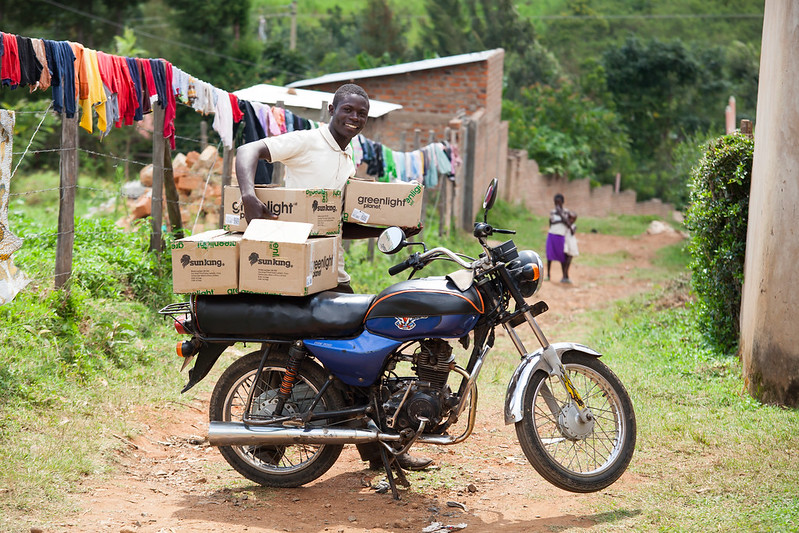 Africa is going to play a key role in shaping the economic environment of the world for the rest of the 21st century. Being the most rapidly urbanizing area in the world and projected to double in population by 2050, addressing and controlling poverty levels in Africa will be of significant importance. Here is how China’s foreign investment in Africa is helping to reduce poverty.

One important method through which Africa is developing a strong infrastructure to support this rapid urbanization is through Chinese foreign direct investment (FDI). FDI is where a company based in one country invests in a project based in another country.

In the 21st century, China has made investments in African infrastructure. With more than 2,200 Chinese firms active in Africa in 2013 and Chinese FDI having risen from $74.8 million in 2003 to $5.4 billion in 2018, this poses great opportunities for Africa.

The World Data Lab predicts poverty is due to a steady decline up to at least 2030 in Africa. FDI will play a key role in providing opportunities for these individuals coming out of poverty.

Ultimately, FDI has lots of potential for Africa, but it requires cautious treatment. Africa does not want to become dependent on Chinese investment nor does it want to go ahead with projects that do not prove to be sustainable or prosperous for African growth in the long term.

The most important impact that China’s foreign investment in Africa has had so far is on developing infrastructure. Following China’s domestic experience of mass investment into infrastructure enabling advanced growth, they have initiated the same process in Africa.

China has led about 40% of all investment into infrastructure in Africa since 2011, including some major projects such as a $12 billion railway construction along the coast of Nigeria and an $11 billion economic zone and mega port in Bagamoyo. China is playing an essential role in enabling this to happen as it can provide the scale at a cheaper price than anyone else.

The benefits of China’s investments in Africa are numerous. Africa has a rich resource and mineral endowment that requires assessment. With China’s investment, opportunities to utilize this rich resource base are becoming greater. For example, Africa now supplies more than one-third of China’s oil and 20% of its cotton. On top of this, Africa is home to half of the world’s manganese, which is beneficial for making steel. Other resources that are essential for electronics are also in Africa.

Consequently, China’s FDI into infrastructure is propelling Africa forward in the global trade market. China has formed 25 special economic zones in Africa for trade. These areas include 623 businesses that have brought in $7.35 billion of trade up to 2020.

China’s foreign investment in Africa also shows potential in reaching out to boost the service sector also. This is due to the younger generations being increasingly digitally active, the rise of services around renewable energy and telecoms and the increased online accessibility of information concerning African markets. It is important to note that Africa’s more developed infrastructure played an important role in enabling this.

FDI has still prospered through COVID-19 due to more regionalized supply chains. This led to more investment in local manufacturing, taking advantage of Africa’s low labor costs. This has opened several new opportunities for African countries to reduce their poverty levels.

However, countries in Africa need to remain alert to the potential risks of the tempting FDI pouring in from China. There are risks of African countries falling into unobtainable levels of debt. There have been signs of this danger already. For example, The Ababa-Djibouti Railway cost one-quarter of Ethiopia’s budget for 2016 and the Mombasa-Nairobi rail went four times above the planned budget for Kenya, with China financing 80%. This could catch up with Africa, becoming very vulnerable to Chinese economic shocks or very reliant on Chinese finance. Some have gone as far as to call this a form of Chinese colonialism in Africa.

As a result, some African nations have begun to change their approach to Chinese investment. In 2020, the Kenyan high court ordered the Gauge Railway construction to be canceled due to procurement laws. Other countries have followed in step, including Ghana and the Democratic Republic of Congo (DRC). This would suggest nations are becoming more cautious when entering a contract with Chinese investors as they are aware of the potential risks further down the line. As a result, alone, Chinese foreign investment in Africa will not be the solution to reducing poverty.

Countries in Africa need to remain aware that rapid investment into the continent will not see a parallel growth pattern to that of China. In contrast to China, Africa does not have a single unified market. Instead, Africa has many internal barriers to the trade of business, information and logistics. This reduces the positive effects of investment in a smaller region in Africa. The more intercontinental free trade agreements Africa can make, the more the individual countries may reap the rewards of Chinese FDI.

The Borgen Project Spoke to Serena Wang, who translates Chinese news and reports concerning Africa into English for the China & Global South Project. This helps to provide an insight into the ideologies, aims and activities of China in Africa.

“This has actually helped to dismiss Westernised myths about Chinese workers in Africa. It highlighted the racism that is present in Chinese activities but also proved that debt trapping was not as serious as reported by the West,” and “it showed a lot about the operations in China, including coal, cobalt, mining and the push into the tech industry,” explained Wang.

This proves useful for helping both the West and Africa understand the aims and activities that China has in Africa. This could be very important for African countries to ensure they undertake projects that are sustainable and properly understood.

The Future of FDI in Africa

The World Bank has proposed some important measures for countries in Africa to adopt if they are to maximize their returns from Chinese FDI. These include diversifying their products and exports, increasing their integration into global value chains and improving their business climate to expand exports. If fully maximized, the World Bank suggests that African GDP could expand by 4.7% by 2030. However, this is only the beginning. About 64% of the population in Sub-Saharan Africa would still be earning between $1.90 and $10 a day. This would be an improvement on levels in 2022 but not the end goal for Africa.

Overall, China’s foreign investment in Africa proposes many benefits for Africa that will create new markets and opportunities. This will ultimately help to reduce poverty levels across the continent. However, African countries need to be wary about their debt levels and entering Chinese investments that do not prove to be beneficial to the nation in the long term.